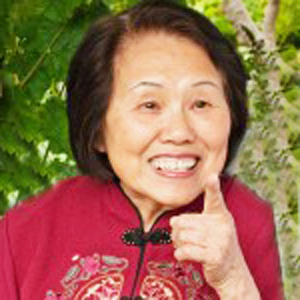 Just as Christopher Columbus is usually credited with ‘discovering’ America instead of the Vikings who arrived much earlier, the history of the Chinese in Canada is seldom considered and rarely investigated.

According to Lily Chow, five monks and their disciples first sailed across the Pacific Ocean and reached the B.C. coast around 458 A.D. This expedition’s leader, Hui Shen, hoped to teach Buddhism to native tribes. Hui Shen survived his 9700-kilometre voyage and described to court historians a place east of China where red mulberry trees grew profusely. He called the new land Fusang; Fu means help or nurturing and sang refers to the mulberry trees.

It’s a seldom-heard and rarely taught story, one that unobtrusively pops out of the third chapter of Lily Chow’s second book, Chasing their Dreams (Caitlin $18.95).

Chinese immigrants who arrived much later than Hui Shen faced racism and legislated efforts at exclusion. In 1885, the Chinese Restriction Act was passed and the first head tax of $50 was introduced. This tax was raised to $100 in 1901 and to $500 in 1904. In 1923 the Chinese Exclusion Act was passed to prohibit Chinese entry to Canada. The Chinese were not granted the right to vote in British Columbia until 1947. What makes Chow’s research into the Chinese history of north-western B.C. (the region extending from Smithers to Prince Rupert) so interesting, and so readable, is that it illuminates lives from the inside.

Here is a fragment from a diary from 1900, in which a fish-cannery worker writes about the wife he has left behind in China:

“I could never forget her silky skin and the fragrance given out by her youthful body. Although I met her only on the night of our wedding, I fell in love with her at the very moment I saw her. I hope she finds life comfortable living with my parents, and that she has carried out her duty as a good and respectful daughter-in-law. I pray that my parents do not enslave her, but treat her like a daughter. So far I have not received any serious complaints from my parents about her except that she daydreams a lot.”

The passage reflects the harshness of the lives of married Chinese men who were denied family rights. The cover photograph of a man smoking a Chinese water pipe is both apt and misleading. Framed as he is by a Union Jack and the Maple Leaf flag, this pipesmoker signals the history of Chinese immigration and ethnicity in central B.C. (also the subject of Chow’s first book, Sojourners in the North). But the exoticism of the man’s costume and activity prevents us from seeing the central truth that Chow so carefully unfolds—-at their heart all stories of immigration are private and personal stories, more than they are cultural and political ones. Now Lily Chow’s fourth book, Blood and Sweat over the Railroad Tracks, (CCHSBC $40) is a recollection of the CPR construction which employed thousands of Chinese labourers to build the transcontinental railway linking this country from coast to coast. The book examines the reasons for constructing the railway and why and how the Chinese labourers were recruited and transported from Guangdong to the various construction sites in British Columbia.

Chow illustrates the difficult and dangerous tasks that the Chinese labourers had to perform bearing testimonies to the challenges, hardship, struggle, and endurance of these workers. Despite the hard labour these men displayed an excellent work ethic, and were diligent and dependable people. Included are some poems and verses by a couple of Chinese labourers and their family members, which show their anguish, anxiety, and longing—human feelings and emotions that had been repressed.

Her first book, Sojourners in the North [1996], won the Jeanne Clark Local History Award and is used as a textbook in many colleges and universities. She has given presentations on Chinese Canadian history at schools and universities including Beijing University, Laoning University and Guangdong University. Chow’s third book is Legends of Four Chinese Sages, a children’s book written in both English and Chinese (Mandarin phonetic) with 8 pages of illustrations, translated by Wang Meizhong. Lily Chow was born in Kaula Lumpur, Malaysia in 1931 and has lived in Canada since 1967. She came to Canada as a qualified teacher and taught general science, Biology and Mandarin in Prince George Secondary School and Duchess Park Secondary School. She then graduated from UBC with a Bachelor of Education and received her Master’s of Education in University of Victoria. She has taught in the Prince George School District and at UBC. In 1993 she retired from teaching high school but continued teaching Mandarin in the University of Northern British Columbia.

She now devotes her time to research and writing.

One Response to “Blood, sweat & mulberries”