Sea Among Us gets Fisheries Award 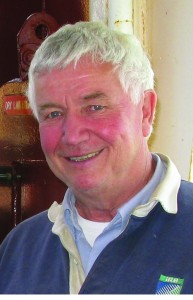 Dick Beamish and Sandy McFarlane invited ten other experts to help them complete an unprecedented, click 384-page book about the geology, biology and anthropology of the Strait of Georgia, illustrated by more than 250 colour photos, maps and charts.

Richard Beamish and Gordon McFarlane, editors of The Sea Among Us: The Amazing Strait of Georgia (Harbour Publishing, $39.95), have since received the American Fisheries Society’s Haig-Brown Award that recognizes those who have produced outstanding, non-technical articles or publications on any aspect of fishery management, research, habitat protection, enhancement, or other related fields.

Beamish and McFarlane will receive the award during the 2015 Annual General Meeting of the Washington-British Columbia chapter of the American Fisheries Society, held February 16-19, 2015. The award comes on the heels of a ten-week-long stint on the BC Bestseller list and a recent second printing due to high demand.