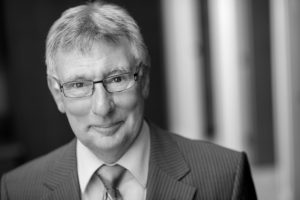 Robin Fisher’s Contact and Conflict is therefore perhaps the only academic book by a single B.C. academic to have attained such status.

Fisher has just learned from his publisher, UBC Press, that sales have now eclipsed 20,000 copies since the work first appeared forty years ago—in 1977.

(Only a 58-page guidebook on totem poles for the general public, by Marjorie Halpin, published in 1981, has sold more by a single author–but obviously at a much lower price than a full-fledged academic study.)

Indisputably a B.C. classic, Contact and Conflict: Indian-European Relations in British  Columbia, 1774-1890 is rightfully respected as one of first titles to provide in-depth analysis of First Nations history and problems in British Columbia.

In a nutshell, Fisher reveals that indigenous peoples were able to adjust gradually to changes wrought by the fur trade—wherein they played an important role as partners—but they rapidly lost ground when the fur trade declined and colonization ensued.

“The basic argument,” he says, “is that while the fur trade was a mixed blessing for the original people, they still retained some agency and scope for action.

“The settlement frontier on the other hand, amounted to an assault on First Nations cultures that left them severely depleted.”

Not everyone has agreed with all aspects of Fisher’s analysis since he first made it, but Fisher believes his argument, first developed as a Ph.D dissertation in UBC’s History Department, holds up. Although Contact and Conflict is not on the grand scale of Jared Diamond’s trans-disciplinary Guns, Germs, and Steel: The Fates of Human Societies, it does provide an overarching argument and context to engender more particular investigations.

As someone who was newly arrived in B.C. from his New Zealand, Fisher had been struck by the fact that, in contrast to New Zealand, where Maori history was a huge part of the literature, in British Columbia what was then called ‘Indian History’ was largely the preserve of anthropologists. At that time, the best history book pertaining to B.C.’s First Nations was anthropologist Wilson Duff”s Indian History British Columbia. Vol. 1 The Impact of the White Man (Provincial Museum 1964, 1969, 1973, 1980; 1992, 1997). Fisher’s contact with that book—and the remarkable character of its author, who committed suicide in 1976, in the prior to Fisher’s publication—prompted him to consider what a trained historian might make of the same collective story.

Literally thousands of publications about, for and by B.C.’s indigenous people have followed in its wake. “I just hope it has contributed something to the understanding of the Province’s past,” he says, “as we strive to make it a better place for First Nations people and newcomers to live together.”

Even though Contact and Conflict includes a thick carpet of footnotes, it has been used extensively as a text in university courses. “Presumably now it’s viewed as an historical document,” he says, “rather than the latest interpretation.”

His academic career began in the Department of History at Simon Fraser University where he was appointed Assistant Professor in 1974 and Full Professor in 1983. In 1993, he accepted the position of founding chair of the history program at the University of Northern British Columbia.

He later became Dean, Arts and Science and, in 1997, of a newly-formed College of Arts, Social and Health Sciences. In 2002, he joined the University of Regina as Dean of Arts. He joined Mount Royal University in Calgary as Provost and Vice-President, Academic, in 2005.

His various publications have made him one of B.C.’s most respected historians. Not shy with his opinions, Fisher has been an outspoken advocate of non-elitist perspectives that contribute to society beyond the halls of academe. In 1993, he said, “By turning inwards on themselves rather than writing for the public, historians have been complicit in the decline of intellectual values in our society.”

In the 25th anniversary edition of BC Studies (#100), Robin Fisher wrote, “Perhaps there is something to be said for a moratorium on the use of bid D and F words — Derrida and Foucault — by historians, especially those who have not read either one very closely, even in translation. Unless we are careful, the current theoretical fads of discourse, deconstruction, and post-modernism, which are all taking academics in the direction that little is knowable, will end up being the last refuge of a know-nothing generation.” With photographs by Gary Fiegehen, Fisher’s Vancouver’s Voyage: Charting the Northwest Coast (1992) explores Captain George Vancouver’s journey from 1791 to 1795. “Exploration and discovery have become dirty words for many, given the rich, vibrant cultures which existed for generations before Vancouver and other Europeans arrived,” says Fisher. “… It’s clear Vancouver was only human and had mixed motives, which is why what he did and thought two hundred years ago still speak to us today.”

In addition to his biography of B.C. premier Thomas Dufferin Pattullo entitled Duff Pattullo of British Columbia, he has co-edited a book on Captain Cook with Hugh Johnston. “I have a lifetime research project to conduct on-the-ground surveys of the Pacific landing places of Captain James Cook,” Fisher says. “One of the most moving moments in my life was to watch the sun rise on the new millennium at Mercury Bay, NZ. More than two hundred years earlier, Cook observed the transit of Mercury.”

Fisher co-edited with J.A. Bumsted the diaries of Ensign Alexander Walker on an 1875-86 voyage and he co-edited From Maps to Metaphors: The Pacific World of George Vancouver (1993) with Hugh Johnston. In the Spring 1976 issue of BC Studies, Fisher also wrote a 16-page article entitled Arms and Men on the Northwest Coast to trace the introduction of firearms to Indians.

Recently Robin Fisher has been working on a biography of the anthropologist, Wilson Duff.

Review of the author’s work by BC Studies:
Contact and Conflict: Indian-European Relations in British Columbia, 1774-1890
Duff Pattullo of British Columbia
From Maps to Metaphors: The Pacific World of George Vancouver
Vancouver’s Voyage: Charting the Northwest Coast, 1791-1795

As of 2017, here is a list — in order — of top-selling BC-authored titles, based on lifetime sales, from UBC Press.