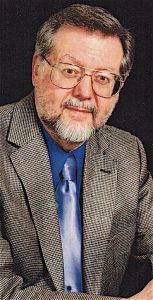 Robert Ratcliffe Taylor’s The Birdcages: British Columbia’s First Legislative Buildings (Friesen 2019) tells the little-known history of the Birdcages, built between 1859 – 1864 during the tumultuous times of the gold rushes. According to the book’s publicity, the Birdcages “were build amid controversy and derided for their style. The brainchild of Governor James Douglas, they resembled, according to journalist/politician Amor de Cosmos, ‘something between a Dutch toy and a Chinese pagoda.'” Taylor describes each of the five structures, including the Court house and the Hall of Assembly. He shows how civil servants and politicians of the time regarded the Birdcages as a workplace and the public regarded them as civic architecture. The career of their designer, the mysterious Hermann Otto Tiedemann, one of Victoria’s early ‘characters’ is recounted as are the contributions of local contractors and tradesmen. The Birdcages was demolished in 1898. Taylor is professor emeritus in the history department of Brock University. He was born and raised in Victoria, where he lives,  serving as a volunteer docent at the Art Gallery of Greater Victoria. He has self-published several books about Victoria.