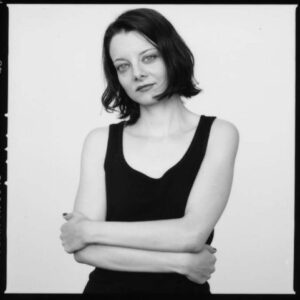 Rebecca Godfrey was working in New York City in the late 1990s and writing her first novel about teen girls in her hometown of Victoria when friends began calling to inform her of a murder in Victoria – a fourteen-year-old girl had been brutally beaten by a gang of her classmates.

“I went home soon after and went into the prison,” Godfrey said in an article for Interview magazine. “I was just stunned because the girls all looked like normal, cool, young teenage girls, not particularly like killers.”

It diverted Godfrey on a new path, and she completed more than 300 interviews for what would be her bestselling crime investigation, Under the Bridge: The True Story of the Murder of Reena Virk (HarperCollins, 2005). It received the second annual $25,000 British Columbia Award for Canadian Non-Fiction in 2006.

Prior to that book release, Godfrey had also fit in time to complete the earlier manuscript for her debut novel, The Torn Skirt (HarperFlamingo, 2001) about a sheltered teenager exposed to the Victoria underworld. It was a finalist for the 2002 Ethel Wilson Fiction Prize.

The daughter of David Godfrey, a co-founder of House of Anansi Press and mystery writer Ellen Godfrey, Rebecca Godfrey was born in Toronto. She remembers that their home “harboured Ghanian jazz musicians, radical nationalists, draft dodgers and an undercover FBI agent.” At age nine she moved to Victoria where her father had accepted a job running UVic’s creative writing department.

Rebecca Godfrey attended Mount Douglas High in Saanich, before moving to attend the University of Toronto. She received a Creative Writing MFA from Sarah Lawrence College. In the late 1990s, Godfrey moved to New York City where she initially found work as a freelance journalist and in film and publishing. Later, she taught writing at Columbia University. At the time of her death, she was working on a novel based on the early life of art collector Peggy Guggenheim. She had also sold the rights for a limited series based on Under the Bridge, which is currently being adapted for television. 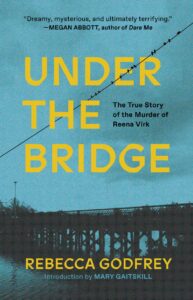