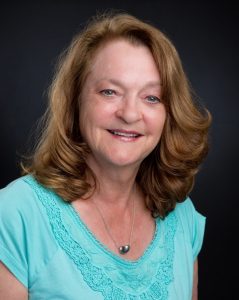 Shirlee Smith Matheson and her husband Bill Matheson (born in Peace River, Alberta) arrived in Hudson`s Hope, BC, in 1965, where Bill found employment as a surveyor on the W.A.C. Bennett Dam. She initially worked for the District of Hudson`s Hope where she met many of the old-timers in the area, as well as bush pilot Jimmy “Midnight” Anderson.

As an Alberta-based author in the 1980s, Shirlee Smith Matheson co-wrote This Was Our Valley (Calgary: Detselig Enterprises Ltd., 1989) with the late Earl K. Pollon. An early environmental book, it described the history of the Peace River Valley, the construction of the WAC Bennett Dam and the massive reservoir backing the dam, called Williston Lake. With its B.C.-based subject matter, it was a finalist for the Roderick-Haig Brown Regional Book Prize in 1990 and also won the Alberta Culture Award for Nonfiction. An updated edition was published in 2003 that included information on the second dam on the river, Peace Canyon, and its reservoir called Dinosaur Lake. Both editions went out of print.

A revised, third edition will appear from Frontenac House Publishing of Calgary in 2018 to include “dam” events since 2003, most notably the new controversies surrounded the proposed Site C dam. In the wake of a project review by the BC Utilities Commission, the NDP government of Premier John Horgan, must decide whether or not the project should proceed against the wishes of environmentalists. Matheson conducted further interviews  for the new edition, including correspondence with BC Hydro`s spokesperson, Dave Conway (Community Relations Manager, Site C Clean Energy Project), to gain the corporation`s input.

She writes: “Amid protests, then-BC premier Christie Clark famously announced on January 31, 2017, that the late Bill Bennett (BC Premier 1975-86) had got Site C started and she would get it finished, vowing that prior to the election to be held May 9, 2017, “I will get it past the point of no return.” She did not count on the anger of the people and the protests that raged Canada-wide. 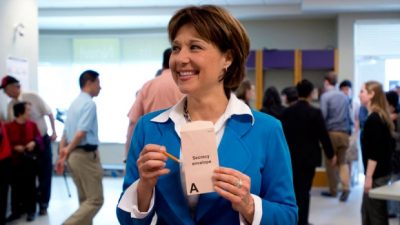 Christy Clark vowed to reach beyond “the point of no return.”

The new edition of This Was Our Valley registers the voices that demand to be heard. Some are for the project: those of project-owner BC Hydro; contractors and workers who expect employment building Site C dam; and a population that believes the power will be needed in future. It also chronicles the opinions of those in protest: Treaty 8 First Nations members; farmers, fishers, and wildlife experts; environmentalists, naturalists, and specialists advocating new technologies such as solar and wind-power, or run of the river dams that are less destructive to agricultural and wildlife environments.

Shirlee Smith Matheson is an alumnus of Banff Centre for Arts and Creativity, and a member of The Writers Union of Canada and The Writers Guild of Alberta. She regularly attends the annual Paddle for the Peace summer event in the Peace River.

This Was Our Valley: The True Story of the W.A.C. Bennett Dam
[This review of the first printing was published in BC BookWorld in 1989.]

Hudson’s Hope temporarily boomed but at the expense of many local settlers, such as the lngenika Indians, who had no choice but to vacate their homes.

At 73, having lived in Hudson’s Hope since 1931, Earl K. Pollon remains as one of the few British Columbians who has seen the impact of the W.A.C. Bennett Dam on the overall quality of life in the Peace River country.

Now confined to his bed and weighing only 90 pounds, he can’t stand in the way of B.C. Hydro’s newly-announced 15-year scheme to expand its provincial hydroelectric output by nearly 30%.

But the feisty, ex-sawmill operator is about to toss a well-aimed monkey wrench at Hydro with the publication of This Was Our Valley: The True Story of the W.A.C. Bennett Dam (Detselig $17.95).

“Our book is the story of a little town that got in the way of major industry,” he says, “I know it can’t change anything. But it might help other communities handle the situation we had to face.”

Pollon has collaborated with Shirlee Matheson to resurrect the local stories that were submerged by Hydro’s flooding of 640 sq. miles of land to create Williston Lake.

Dislocated without consultation or adequate compensation, the Ingenika Indians have experienced severe degradations and the increasing threat of extinction for two decades.

Matheson has travelled to the headwaters of the Ingenika River to talk to the Sekanni Indians, and interviewed the people of the delta at Fort Chipewyan.

“The Fort Chipewyan people have had their lifestyle altered forever,” says Matheson, “and they have not received any compensation.”

This fall the 130 remaining members of the Ingenika band are voting to ratify a new treaty compensating them for B.C. Hydro’s flooding of their lands.

“It marks a new beginning for my people,” said Ingenika chief Gordon Pierre in August, “We have something to look forward to and we have our own land.”

This Was Our Valley (edited by Mark Lowey, environment and native issues reporter for The Calgary Herald), also examines the long-term effects of B.C.’s largest mega-project on wildlife. “There were all sorts of studies done by experts,” says Matheson, “But the word environment almost didn’t exist in the early 1960s.

“How can a beaver build a house on a lake that fluctuates in elevation 45 feet a year?”

Matheson worked for the District of Hudson`s Hope in the 1960s and took minutes of council meetings and also did court reporting for inquests and hearings; from 1979-83 she was employed by BC Hydro (Peace Power Constructors) on the construction of the Peace Canyon Dam.

During that period she took town council minutes and also did court reporting for inquests.

She has examined B.C. Hydro’s dealings with local residents, its ability to keep its promises and its success at predicting environmental repercussions.

–The reservoir never did become a northern marine resort.
–All animals of the area didn’t simply shift to other grazing and mating grounds.
–Archaeological remains were not always respected.
–Local employment benefits haven’t materialized to everyone’s satisfaction.

The issue of employment still irks Earl Pollon the most.

As President of the Hudson’s Hope Board of Trade in 1959, Pollon escorted Premier W.A.C. Bennett to see the future site of the W.A.C. Bennett dam. Pollon fondly recalls Bennett Sr. as a ‘damn good man’ who simply wanted to take shortcuts.

“Wacky was enthused right out of his mind,” he says, “He was like a little boy opening his Christmas stocking. I got a new airport out of him that afternoon, he was so happy.

“Then Hydro came in and done what they damn well pleased! Our local boys couldn’t get work on the project.”

Pollon was also disturbed by a near disaster when flood waters nearly went over initial dams erected by B.C. Hydro to create a dry construction bed.

“I declared war in 1963,”. he says, “and I’ve been at it ever since.” The publication of This Was Our Valley with a book launch in Hudson’s Hope is timely given B.C. Energy Minister Jack Davis’ announcement in August that B.C. will establish a new crown agency to export power into the U.S. market. The free trade deal has increased expectations that B.C. can negotiate long-term contracts for power sales to California where the population is projected to grow from 26 million to 40 million by the year 2000.

B.C. Hydro is proposing to build a Hat Creek Thermal Plant, 100 miles northeast of Vancouver, to produce the equivalent of one-seventh of B.C.’s power. As well, Hydro is reviving plans for its Site C dam in the Peace River (after being refused a license by the provincial controller of water rights in the early 1980’s).

Some people who owned property that was flooded by Williston Lake 20 years ago now face the possibility of having their land holdings flooded for a second time.

‘That’s like losing your husband in World War One,” says Matheson, “then worrying about losing a son in World War Two.” The Peace Valley Environmental Association is very active in challenging Hydro’s proposed new dam. Meanwhile residents of economically depressed Fort St. John are mostly supportive of the new project.

“People have told me they just want to keep Hydro honest,” says Matheson, now living in Calgary, “We need openness, fairness. None of this cloak n’ dagger stuff. Hydro used divide n’ conquer techniques in the past that we don’t want to see repeated.

“Hydro should understand that people are not as likely to block an important project if they feel they are being treated fairly.”

To ensure Hydro has been treated fairly by her book, Matheson has checked her facts with Chris Boatman, project manager for the Peace Canyon dam. Boatman, vice-president of corporate affairs and environment, has relayed Matheson’s questions to the appropriate Hydro managers and engineers -including the environmental department -to assure that Hydro’s side is represented.

Meanwhile Earl Pollon -reporter and publisher of the short-lived Hudson’s Hope Power News has finally brought the most important news story of his life into print.