Requiem for the Mayne Queen 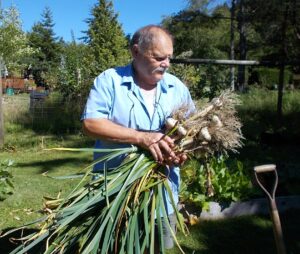 Saturna Island’s fledgling publisher, Cliffside Publishing is set to release a third title, Mayne Queen: the passing of a ferry (2022) by John Wiznuk (pictured at right).

While focusing on one ship, the Mayne Queen, which is about to be replaced this year, the book also reviews the history of travel in B.C.’s coastal waters. Wiznuk’s talents from his previous career in museum work (Winnipeg at the Manitoba Museum and Victoria at the Maritime Museum of British Columbia and the Provincial Archives and Records Service) are evident. First, he describes Indigenous peoples’ water travel in cedar canoes. Then Wiznuk tells the tale of the first Europeans who arrived with their wooden tall ships, attracted by sea otter pelts. Gradually, these newcomers began to settle and build outposts, and begin the process of colonization, the corporate way of life and the start of commercial shipping. 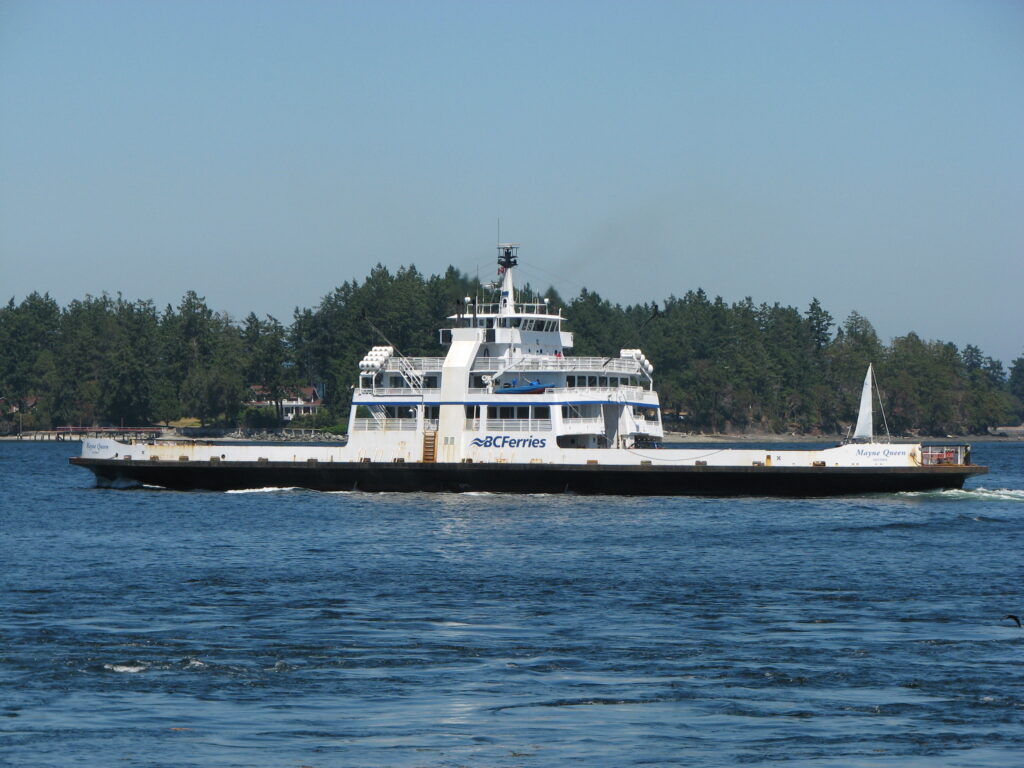 A big part of B.C.’s commercial shipping, from the 1880s until after WW2, was the Canadian Pacific Railway that ran a shipping company. Eventually named the Canadian Pacific Steamship Company, by the mid twentieth century, CP’s storied steamship ferry line was challenged by falling profits, rising costs and crippling labour strife. The B.C. provincial government of the day, under the Social Credit premier, W.A.C. Bennett, took over the ferry business. BC Ferries was born.

Soon after, ships were built in B.C. shipyards to west coast designs and a fleet began to grow. Now we take the benefits of BC Ferries for granted. As the company’s 60th anniversary occurred during the pandemic, part of the purpose of Mayne Queen, says Cliffside publisher, David Osborne is to celebrate the 62nd anniversary of BC Ferries as well as the Mayne Queen. 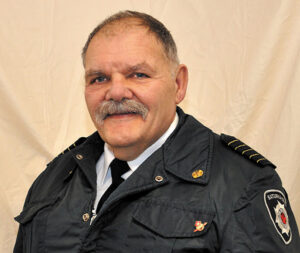 John Wiznuk moved to Saturna Island in 1990 to retire. His previous writing included contributions to Island Tides newspaper and feature articles for Firefighting in Canada, the national Fire Service magazine. He also published a chapbook, The Protected Worker about how his grandfather left a protected job with the Winnipeg Fire Service in 1915 to enlist in the Canadian Army. His first book, Warriors for the Working Day (Friesen Press) was the result of a memoir writing workshop by fellow Saturna Island resident, Bill Schermbrucker, Professor Emeritus, Capilano University (who passed away in 2019).

Wiznuk now works a large garden, walks, writes, and watches old movies. He also does volunteer work at the Saturna Recycling Depot and the Saturna Island Fire Protection Society. He received the Fire Exemplary Service medal from the Office of the Governor General of Canada and the British Columbia Long Service Award, 25 years, from the Office of the Fire Commissioner of B.C.