Greco on NPR & at Patricia Theatre 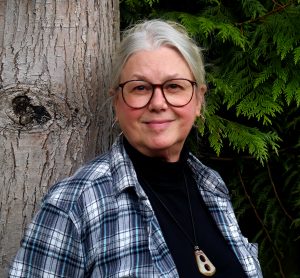 Surrey-based Heidi Greco (pictured at right) has been interviewed by National Public Radio about her book Glorious Birds (Anvil, 2020) that celebrates the film Harold and Maude.

For more on the interview, go to this link: NPR interview

As well, Greco will be a special guest at the historic Patricia Theatre in Powell River when it honours Valentine’s Day and shows “the greatest love story ever,” Harold and Maude. Greco will be introducing the film with a short reading from Glorious Birds. After the film, there’ll be a Q&A session. 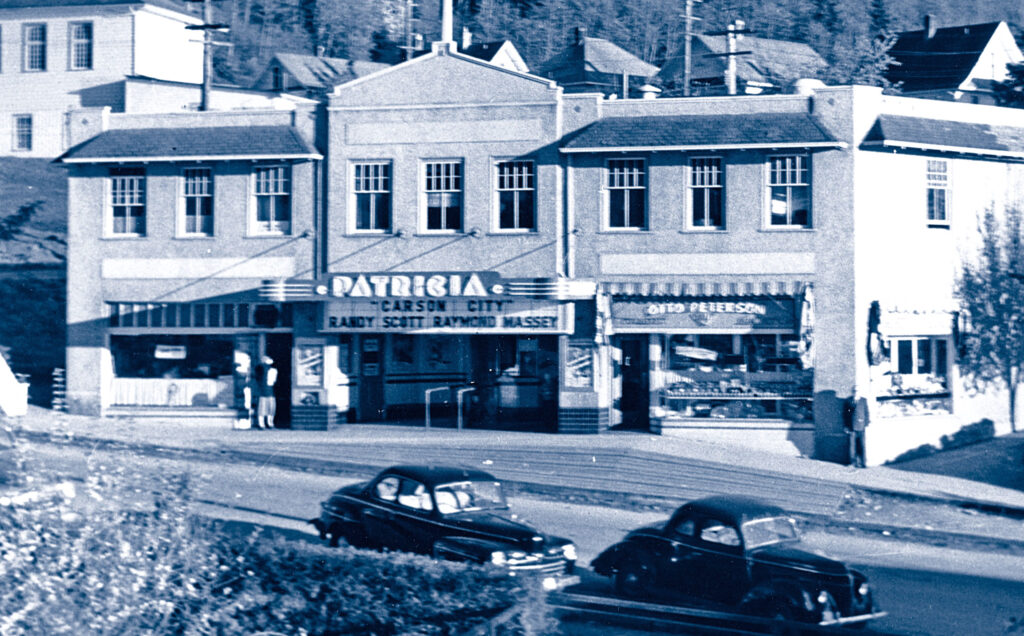 The historic Patricia Theatre circa 1953.

Glorious Birds: A Celebratory Homage to
Harold and Maude by Heidi Greco (Anvil $18)

Is it possible to write a love letter to a movie? In her new book Glorious Birds: A Celebratory Homage to Harold and Maude, Heidi Greco sets out to share everything she knows about her favourite movie’s production, casting, characters and place in history. In the process she includes us in her own personal journey and 50-year relationship with her beloved film.

First screened in 1971, the cult classic Harold and Maude is a coming-of-age, oddball comedy directed by Hal Ashby. It was chosen in 1997 for preservation in the National Film Registry of the Library of Congress for cultural, historical or aesthetic significance. The plot focuses on a suicide-obsessed 20 year-old, Harold Parker Chasen (Bud Cort), and his friendship and eventual romantic relationship with a 79-year-old, Maude (Ruth Gordon) a holocaust survivor who teaches Harold about the importance of living life to its fullest.

Greco is a poet, and clever in the structure of her book. The first page is a framed, untitled spoiler alert to her audience that includes several disclaimers. She recommends that readers “take the time to see it [the film], before you begin reading.” (If you haven’t seen it yet, or want to watch it again, it’s on Kanopy via digital streaming through your local library.) Greco also warns that she is “not a film critic, or an academic who is trained in scholarly research” and takes responsibility for all her errors. Next up Greco provides a useful cast list of ‘The Players’ and ‘The Collaborators.’ These clues aid our navigation of her dense research.

The body of Greco’s writing takes on the form of a play, complete with three chapters (or acts), beginning with: ‘Coming Attractions,’ where she presents her rational for writing. “I suppose you might call it a special fondness—one that’s based in emotion but that also takes into account the many elements director Hal Ashby’s film manages to accomplish in such remarkable fashion. Impeccable casting, erasing the fourth wall to create that special sense of intimacy with an audience, and soaring above it all, the emotional effect achieved through the score and the soundtrack both of which are creations of the artist known then as Cat Stevens.”

In her second chapter ‘Feature Presentation’ Greco includes the bulk of her research and explores what makes Harold and Maude special. She compares the film to other films from the same period, as well as placing it in the context of the past century of cinema history. Her comparison with Mike Nichols’ film The Graduate, released four years earlier in 1967, is the most comprehensive. She examines the turbulent times of the late 1960s and early 1970s, concluding that Ashby’s anti-war messages and “embedded visual links to this era of such significant cultural change” are why this film continues to resonate today.

Greco also examines the innovative and meticulously detailed art direction, describing it as “letter-perfect.” Ashby relied on the talents of the film’s artistic director, Michael Haller to decorate the rail car where Maude lived. “The details for this task involved creating not only a memorabilia-filled, and homey environs, but Maude’s inventions had to be included—and to at least appear to function according to specs.” Maude’s ‘Odorifics’ fragrance device and Harold’s retrofitted Jaguar-hearse are legendary.

In a quest to define cult films, Greco quotes Christopher J. Olson, author of 100 Greatest Cult Films: “He points out that audiences for cult films often consist of people who consider themselves outsiders and reject prevailing cultural norms.” “Also, cult films should challenge mainstream sensibilities in some way and transcend typical ideas about good and bad taste.”

Harold and Maude was, in many ways, ahead of its time as one of “the earliest films to point its finger at war… to give us a full-on philosopher/environmentalist in the character of Maude” and to include “the concept of computer dating.”

To probe the history of the film even further, Greco includes an interview with actress Ellen Greer who played Harold’s third date; and a comical, fictitious interview with the deceased Dame Marjorie Chardin (aka Maude).

In the final, third chapter ‘Behind the Lens’ Greco completes her research with a scene by scene breakdown of the film and a bibliography.

Greco first saw Harold and Maude when she was in her twenties and a university student. Her love for the film has endured for half a century. Now a writer, editor, critic, literary activist and instructor, Greco acknowledges the film had a profound affect on her. “I can’t help but think the movie inspired me and helped me be brave enough to become the person I am today.” 978-1-77214-171-9

Jane Curry recently retired from her position as head of the Joe Fortes branch of the Vancouver Public Library system.

5 Responses to “Greco on NPR & at Patricia Theatre”