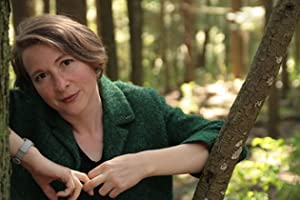 Rachel Rose will be participating in an online short stories event at the JCC Jewish Book Festival next Tuesday, February 8 at 1 pm.

An acclaimed poet, Rose made her fiction debut with The Octopus Has Three Hearts (D&M $22.95), a collection of short stories that was shortlisted for the 2021 Giller Prize and which features a cast of outcasts who find solace in the animal world. These are clever, engaging stories with a compelling link: the characters, generally living on the fringes of society, all have better relationships with animals than with other humans. They showcase Rose’s trademark combination of whimsy and irony in exploring the universal elements of the human condition, from parenthood to sexuality, identity to fidelity. 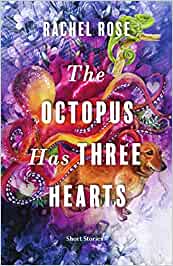 Rose will join Montreal-based Ami Sands Brodoff, the award-winning author of three novels and two volumes of short stories. Brodoff’s new collection of short stories, The Sleep of Apples (Inanna, 2021) Brodoff writes with passion about nine closely-linked characters who walk the tightrope of survival. Set in a gritty Montreal neighborhood that’s been slowly gentrifying, these fierce, original and honest stories speak to the author’s Jewish heritage, her experience as a cancer survivor and loving mother to a gay son and a transgender son.

The event will be moderated by Cynthia Ramsay, a health economist and Jewish Independent publisher.

Rachel Rose is easily one of the most important poets to emerge in B.C. in the early 21st century, having twice received the Pushcart Prize (2014, 2016) and also having won the Pat Lowther Award twice and the Audre Lorde Award for her third collection, Song & Spectacle (Harbour Publishing, 2012). Other poetry collections include Giving My Body to Science (MQUP, 1999), Notes on Arrival and Departure (McClelland & Stewart, 2005) and Marry & Burn (Harbour Publishing, 2015).

In 2011, Rose and composer Leslie Uyeda were commissioned by the Queer Arts Festival in Vancouver to write the libretto for Canada’s first lesbian opera, When The Sun Comes Out, which premiered in August 2013 in Vancouver and in Toronto in June 2014.

In her non-fiction title The Dog Lover Unit: Lessons in Courage from the World’s K9 (Thomas Dunne / St. Martin’s Press $26.99), Rose introduces readers to police dogs and their handlers in the United States, Canada, Britain, and France (where their group’s official name translates as “the dog lover unit”). She’s there to catch a criminal with Constable Matt Noel and Blackie; to patrol with Sheriff Gene Davis and Gunner; and writes movingly about the tragic funeral of Constable Dave Ross, and its impact on other K9 teams. It was shortlisted for the Arthur Ellis award for best non-fiction crime book.

Rose grew up on Hornby Island, Vancouver, Anacortes and Seattle. In the mid-1990s, she lived and worked in Japan for a year. She has worked as a medical secretary, ESL teacher, and as the poetry mentor in the Writer’s Studio at SFU. In 2015, she was a resident in the International Writing Program at the University of Iowa. Her poems, essays and short stories have been published in literary magazines and anthologies in Canada and the United States.