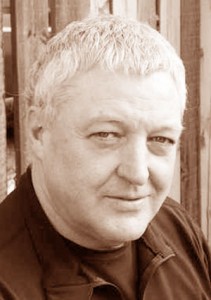 The poet and environmentalist Ken Belford, author of Talonbooks’ first published book in 1967, Fireweed, died in Prince George on February 19, 2020.

He described himself as a “self-educated lan(d)guage poet” and in the late sixties Belford moved to the Smithers area, living for more than three decades in the “unroaded” Nass River headwaters at Damdochax Lake. He operated an ecotourism business that specialized in wilderness excursions based at Blackwater Lake in the Nass watershed.

In addition to more than a dozen chapbooks, Belford published ten books of poetry. His relationship to the land deeply informed his poetics.

“The conventional standards of narrative and lyric poetry give me nothing,” he wrote. “The intention of the sequences I write is to assemble words that can be messaged to the habituated souls of the city from the land-aware that live outside city limits.”

“Ken was one of the old-style, self-taught poets like Al Purdy, Patrick Lane and John Newlove who forged his art outside the academy and drew on the experience of work and the life of the street for his inspiration,” says Howard White, who published Belford’s fifth poetry book, ecologue (Harbour, 2005).

“At the same time, he was an intensely discriminating prosodist who reworked and polished his poems tirelessly, striving for a gem-like concentration of expression. In person he had a strong, brooding presence that some people found intimidating, an effect he did nothing to downplay. But among his familiars he was a great conversationalist who could drink, tell stories and shoot pool all night.”

Of Belford’s fourth book of poetry, Pathways Into the Mountains (Caitlin, 2000) poet and anthologist Gary Geddes wrote, “Like Milton Acorn’s, Belford’s poems about being in and out of work, or in and out of place, combine intelligence and an awkward, almost lumbering grace.”

Belford was an inspiration to younger poets like Ottawa-based rob mcLennan. “He was always very generous to me during our interactions,” says mcLennan. “Whether it was during the years he spent as an above/ground press subscriber (he offered that once he read the chapbooks, he made a point of passing them onto younger writers in his vicinity), or the few times we’d actually met in person, including a couple of readings I did in Prince George, and a visit he did to Ottawa, during a few days he was in town for the sake of a conference at Carleton University.”

McLennan hosted Belford as a part of a group reading in Ottawa, and noted that the older poet, “seemed very aware of being a writer outside of the university system, and complained heavily that a room full of poets who teach in universities, some of whom expected me to run an event for them when they came through town, should be more appreciative of my efforts on their behalf. ‘And they can afford it!’ he gruffed. ‘You shouldn’t be doing this work for free.’ And he pushed $120 into my hand when the rest of the room wasn’t looking.”

A “self-educated lan(d)guage poet,” Ken Belford was born in 1946 to a farming family in Debolt, Alberta and he grew up in East Vancouver. He was one of Talonbooks’ first authors, publishing FireWeed (Talon, 1967) and The Post Electric Caveman (Talon, 1970). In the late sixties, he moved to the Smithers area where he homesteaded with his wife Alice Williams. For 35 years he operated a guiding/outfitting, ecotourism business that specialized in wilderness excursions based at Blackwater Lake in the Nass watershed while he lived in the unroaded Nass River headwaters at Damdochax Lake.

Of his third book, Pathways into the Mountains, Gary Geddes wrote, “Like Milton Acorn’s, Belford’s poems about being in and out of work, or in and out of place, combine intelligence and an awkward, almost lumbering grace.”

His fourth collection of poetry, Ecologue, is a culmination of his efforts to “reconcile land and language.”

Remarried, Belford moved to Prince George where he lived with his partner Si Transken. Near the outset of his sixth collection, dedicated to Si, he writes, “Today I went back and deleted my old love poems, and kept my past and present separate, between the knower and the known.” With his eighth collection, Decompositions, Belford continued to place himself outside and beyond what he calls the “tribal schools” of poetry.

As a “land-aware” poet in Prince George who is comfortably familiar with places like the unroaded headwaters of the Nass River, Belford examines the mutation of Marshall McLuhan’s adage “the medium is the message” in the internet & cell phone era with Internodes (Talonbooks $16.95), his nineth poetry collection. “The conventional standards of narrative and lyric poetry give me nothing,” he said.