K is for Sharon Kirsch 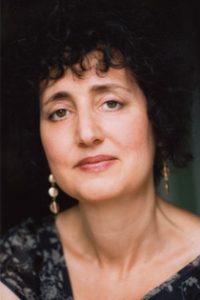 As a child, Sharon Kirsch liked cataloguing tiny plastic animals like pink alligators, blue beavers and purple bison and she had a penchant for reading in the closet. What Species of Creatures (New Star 2008), her first creative non‐fiction book was about first encounters between early settlers to North America and “unfamiliar beasts.” Now Kirsch has found inspiration in a lantern slide, a faded recipe book, a postcard from Mexico and a nugget of fool’s gold in The Smallest Objective (New Star $22) about a daughter (the story’s narrator) who searches for buried treasure in her now-vacant family home, while her mother struggles with failing memory and final decline. Kirsch’s writing has appeared in subTerrain and Room magazines.
9781554201556