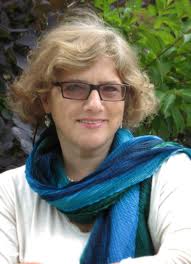 Sponsored by the Canadian Academy of Independent Scholars, administered by Mark Dwor, Marina Sonkina will speak on Petrarch’s extraordinary 24 books of prose epistles addressed to his contemporaries,  as well as to Cicero, Seneca and Virgil. Although these letters are less-known than Petrarch’s Laura poems, Sonkina will discus how it is these letters that reveal Petrarch as the first humanist, the man of modern sensibilities; a celebrated scholar of antiquity, a traveler, a mountain-climber, a man of insatiable intellectual curiousity with unorthodox opinions on everything: from music to medicine to gardening. His soul-searching correspondence reflects the doubts of the man many consider a precursor of Existentialism.

Marina Sonkina left her career as a professor at Moscow University to immigrate to Canada as a single mother with two boys, convinced they would be forced into military service for Russia. She found work in the Russian section of Radio Canada International at CBC, in Montreal. One son became a tenured professor of mathematics in Halifax; the other returned to Moscow as a Canadian citizen and achieved success as an actor. She has no regrets about her move to Canada. Marina Sonkina teaches literature courses at both UBC and Simon Fraser University.

Sonkina’s first two collections of stories in English, Tractorina’s Travel and Runic Alphabet, are published by MW Books of Garden Bay, B.C. Locales for her stories include the Bahamas, Moscow, Mexico and California.

The stories in her third collection, Lucia’s Eyes and Other Stories (Guernica 2011), also draw upon her experiences as a Russian expatriate. With the exception of Lucia’s Eyes and Angels, Ascending Descending, most of these stories are drawn from her two preceding volumes. This third volume includes the story called Tractorina’s Travels, about a twice-married Russian who is uneasy about Perestroika, and the longest story called Carmelita, about a volatile, Bohemian painter who has a poignant, sensual and ultimately lethal relationship with a much older narrator, Joseph, in Mexico.

Lucia’s Eyes and Other Stories (Guernica 2011)