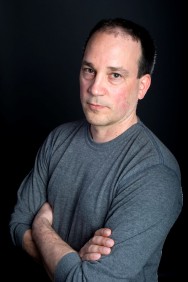 For The Peace in Peril (Harbour $24.95), independent journalist Christopher Pollon has examined the first steps of construction for the most expensive infrastructure project in B.C. history.

Far from the prosperity of SUVs, bike lanes and fireworks under the bubble of unreality called Vancouver, a proposed 93-square-kilometre artificial lake will soon eliminate access to the the best topsoil left in northern B.C. That’s because the B.C. government has given a green light for a 60-metre-high wall of compacted earth that will stretch more than a kilometre across the main stem of the Peace River.

Farmers, ranchers and trappers will lose their homes, and of course habitat big and small will affected. To witness the geography that will be radically changed,  Pollon and photojournalist Ben Nelms have paddled through the section of the river that will be destroyed by the Site C dam reservoir. By also touring the same stretch by land, they have interviewed locals who stand to lose everything. The area has been home to humans for for eleven thousand years.

The Peace in Peril also tells the story of a trade-off of resources like timber and farmland for hydro power. Most people in southern British Columbia don’t have a clue. So the book is designed to generate more awareness and critical discussion.

Christopher Pollon is a Vancouver-based independent journalist who reports on the politics of natural resources, focusing on energy, mines and oceans. His work has appeared in The Walrus, Reader’s Digest, The Globe and Mail, and National Geographic Books, earning nominations by the National Magazine Awards (2016) and Western Magazine Awards (2013) for best business writing. Since 2008 he has been a Contributing Editor at The Tyee.

One Response to “Peace in Peril”