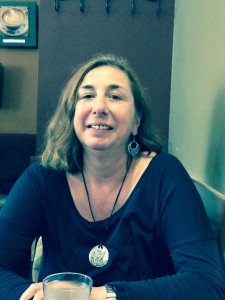 Katarina Jovanovic’s second book in English, The Blue Vase (Tradewind $12.95), is a sophisticated story for middle grade readers about bullying and entrapment.

After Sonia accidentally breaks a precious vase belonging to her next-door neighbour, Mrs. Kaminski, her playmate Marta, who is Mrs. Kaminski’s grand-daughter, promises to keep the incident secret in exchange for money and gifts. As Marta’s power over Sonia increases, and her blackmail demands escalate, Marta spreads lies about Sonia at school. Ultimately Sonia must find the strength to confront bullying and allow honesty to prevail. It’s illustrated by Montreal’s Josée Bisaillon. A Serbia-born teacher and journalist, Katarina Jovanovic of Vancouver also provided the text for The King Has Goat Ears (Tradewind 2008), winner of the Christie Harris Illustrated Children’s Literature Prize in 2009, illustrated by Philippe Béha. When she accepted the Harris Prize in 2009, Jovanovic said, “There is an anonymous quote on children’s literature: ‘Good children’s literature appeals not only to the child in the adult, but to the adult in the child.’

“My idea of writing for children is that the content of books for young readers can be as complex and serious as any other literature because children deserve to be given the opportunity to reflect on life just like adults. The difference is in the way of expressing it…

“I am a person of words and the language had been my major channel to life since I was a child. Fifteen years ago, I lived the words: I was a writer and a journalist with a solid career in the radio broadcasting. I saw poetry in every segment of the day. But it was all in another country and in another language.

“When I came to Canada I spoke English very well like many people from Europe who went through university studies and travelled. My English was good enough to work, to read, to teach, to integrate and to make friends. But not sufficient to be a writer I used to be.

“Language is not only about grammar and morphology, it is also about the mind and the feelings. It took me years of silence, years of seeing myself as a diminished poet, before I started sensing the English words that way I had felt the words in my first language. It took me years of not writing for the simple reason that I couldn’t decide in what language to write.

“It took me years before my deepest reflections and thoughts touched the words and I started writing literature in English. Still, it takes courage to talk about that.”

One Response to “Bullying, be gone”