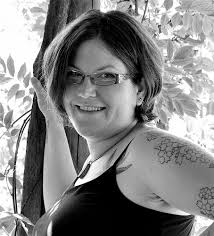 Carrie Mac has won the grand prize for the 2015 CBC Creative Nonfiction Prize contest for her story, If You Have a Good Seal, the Chest Will Rise. It was selected from more than 1700 works received from across the country.

As grand-prize winner, Mac will receive $6000 from the Canada Council for the Arts and her story will be published in the October edition of Air Canada enRoute magazine. She will also receive a 10-day writing residency at The Banff Centre.

You can read If You Have a Good Seal, the Chest Will Rise at CBCBooks.ca. The jury was composed of writers Kamal Al-Solaylee, Michael Harris and Merrily Weisbord, who said “If You Have a Good Seal is a startling, hard-hitting story that lets us ride along with a newbie paramedic. Written with crisis energy and a real vulnerability, this dramatic piece takes us to a place few writers can access… an affecting and mind-bending read.”

Carrie Mac is the author of several novels for young readers, as well as literary short fiction. She lives with her partner and two children in East Vancouver, overlooking the shipping yards, where she is working on a novel and polishing a collection of short fiction. During her eight years as a paramedic she witnessed tragedy and chaos and tiny, shimmering moments which have inspired her writing ever since.

The four runners-up for the CBC Creative Nonfiction Prize are Marusya Bociurkiw (Toronto, Ontario) for A Girl, Waiting, Traci Skuce (Cumberland, B.C.) for Fugitive, Kayal Vizhi (Ottawa, Ontario) for Salt, and Richard Wagamese (Kamloops, B.C.) for Finding Father. Each runner-up will receive $1000 from the Canada Council for the Arts.

For more information on the awards, please visit CBCBooks.ca.