Out with old, in with the Younging 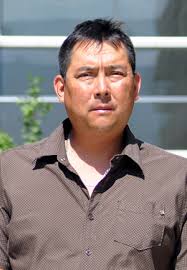 Formerly an Assistant Director of Research for the Truth and Reconciliation Commission of Canada, Dr. Greg Younging has resumed his position as the director/publisher of Theytus Books.

Long associated with Theytus Books and the En’owkin Centre as an administrator and editor (from 1990 to 2004), Greg Younging (formerly Young-Ing) is a member of the Opsakwayak Cree Nation in Northern Manitoba who was replaced at Theytus Books in 2004 by Anita Large after he left to pursue a Ph.D. in the Department of Educational Studies at UBC.

He has obtained a Master of Arts degree in Northern and Native Studies from the Institute of Canadian Studies at Carleton University and a Masters of Publishing degree from the Canadian Centre for Studies in Writing & Publishing at Simon Fraser University. He has also served as Chair of the Indigenous Peoples Caucus of Creator’s Rights Alliance and variously contributed to The Royal Commission On Aboriginal Peoples, Assembly Of First Nations and Committee Of Inquiry Into Indian Education. As well, he was a member of the Canada Council Aboriginal Peoples Committee on the Arts (June 1997-June 2001) and the British Columbia Arts Council (July 1999-July 2001).

In his poetry collection The Random Flow of Blood and Flowers (1996), he wrote about Métis status, racism, exploitation and colonialism. With his surnamed hyphenated as Young-Ing, he has edited three volumes of Gatherings, once described as the only journal of literary writing by Aboriginal people in North America. Gatherings – Volume III (1992) explores Mother Earth Perspectives; Gatherings – Volume IX (1998) is subtitled Beyond Victimization: Forging a Path of Celebration; Gatherings – Volume X (1999) celebrates the publication’s tenth anniversary. As well, he co-edited We get Our Living Like Milk From the Land (1993-94) and IndigeCrit: Aboriginal Perspectives on Aboriginal Literature (2001).