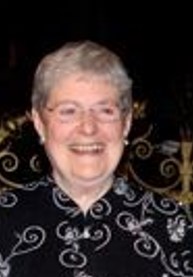 With a background as a genealogist Julia Turner decided to trace her bloodline back to the 1860s. This was a time when the British Empire was struggling to maintain hold of acquired lands, missionaries were continuing to spread Christianity deep into Africa, and the slave trade along Africa’s East Coast was still very active. In 1872 David Livingstone, a missionary and explorer, went missing in Central Africa. Dr. Dillon led the Livingstone East Coast Expedition as second-in-command and marched the troupe 500 miles in search of Livingstone, only to discover the worst. The book Dr. William Edward Dillon, Navy Surgeon in Livingstone’s Africa (Friesen Press 2014) investigates the historical adventure of Dr. William Edward Dillon – an Irish explorer and surgeon. This is the story of man who traveled across the sea to keep people alive but met his end in a tent in the middle of Africa under suspicious circumstances. It wasn’t until 2004 that a new expedition set out to find the answers. Originally born in Dublin, Ireland Julia Turner completed five years’ post-secondary studies and moved to Vancouver Island, where she joined the Science Staff of Port Alberni’s Secondary School. In 2004, she was part of the “Following the Dillon Trail Expedition” through Tanzania which aided in the writing of Dr. William Edward Dillon, Navy Surgeon in Livingstone’s Africa. / Dr. William Edward Dillon, Navy Surgeon in Livingstone’s Africa (Friesen Press 2014) ISBN 978-1-4602-2979-8, $81.99 (hardcover), $71.99 (paperback)