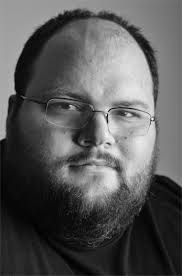 It can take a surprise award to kick-start an aspiring author’s career. Such was the case for Vancouver’s Sam Wiebe when his novel Last of the Independents (Dundurn $17.99) won the 2012 Unhanged Arthur Award for Best Unpublished First Novel, and was subsequently published in 2014.  That led to Weibe being picked up by Random House, which has just published his second novel Invisible Dead (Random House $22). In this first of a series, Wiebe introduces readers to PI Dave Wakeland whose big case is the mystery surrounding the disappearance of indigenous woman Chelsea Loam, last seen alive eleven years ago. The trail leads Wakeland to career criminals, powerful men, and possibly his own death.  Sam Wiebe’s stories have appeared in Thuglit, subTerrain, Spinetingler and Criminal Element’s Malfeasance Occasional e-collection. He lives in Vancouver.  978-0-345-81627-6