Musgrave gets her due 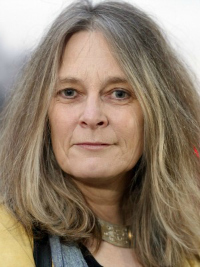 Susan Musgrave of Haida Gwaii has been honoured with the $20, 000 Matt Cohen Award from the Writers Trust to mark a writing career that has spanned thirty years and produced 27 published works of poetry, fiction, non-fiction and children’s literature. Few writers have had more varied careers while simultaneously juggling the demands of mentoring, hosting and managing a bed ‘n’ breakfast at the same time. With his latest novel The Confabulist (Knopf Canada), UBC Creative Writing professor Stephen Galloway of New Westminster was a finalist for the $25,000 Rogers Writers’ Trust Fiction Prize that was won by Miriam Toews for All My Puny Sorrows (Random House).