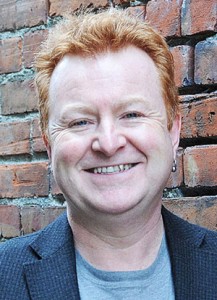 Grant McKenzie’s agent Amy Moore-Benson at AMB Literary Management has arranged a five-book deal for him with Polis Books for the world rights for two new thrillers and three backlist titles—Switch, K.A.R.M.A. and The Fear in Her Eyes—had been previously released as ebooks. His latest novel Speak the Dead, will be released in hardcover in 2015; followed by The Butcher’s Apron in 2016. Born in Scotland, Grant McKenzie supported his novel writing as Editor-in-Chief for Monday magazine in Victoria and published other novels under a pseudonym. In 2011 he published a thriller with Random House, No Cry For Help.