A death in the Archipelago 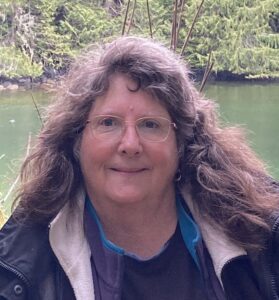 Known for her colouring book, Colour the British Columbia Coast (Harbour Publishing, 2016) and the memoir Drawn to Sea (Caitlin Press, 2013), Yvonne Maximchuk takes a steep departure in Murder Rides a Gale Force Wind – an Island Mystery (SeaRose Publishing $24.95), which has been eight years in the making. Set in the Broughton Archipelago settlement called Echo Bay, it draws on Maximchuk’s 35 years of experience in the area as well as local history from her neighbour, old-timer Bill Proctor. Reflecting the rural life of the area’s many inlets and islands, the story kicks off when a local prawn checker goes missing. At first, no one is bothered much until young boaters find a body washed up on a nearby islet. It throws the local residents into a furor of distrust and suspicion, made worse when the RCMP show up. These salt-of-the-earth types are known for taking justice into their own hands. As the book’s promotional material states, “Sometimes disaster results, and sometimes a fitting outcome.” What will it be this time? Yvonne Maximchuk previously wrote two books with Bill Proctor including Tide Rips and Back Eddies – Bill Proctor’s Tales of Blackfish Sound (Harbour Publishing, 2015) and Full Moon, Flood Tide (Harbour Publishing, 2003). 9781777958503