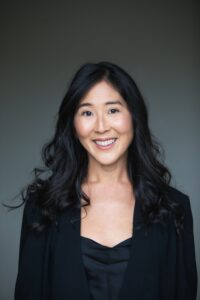 Emily Seo displays her knowledge of science and ability to clearly write about it in her debut novel for young people The Science of Boys (Tradewind $12.95). Her shy protagonist Emma Sakamoto, a whiz at science, is asked by one of the school’s popular girls to help her win over a boy. Emma decides to use science theories to “pull the boy into her new friend’s orbit.” The question is, can scientific principles be applied to human emotions? With 236 pages, the novel has 36 chapters all titled after theories such as “cell differentiation,” “nuclear chain reaction” and “boiling point.” Seo builds a story about tumultuous teen preoccupations like fitting in and friendship. Having grown up in Vancouver, Emily Seo earned her Ph.D in Chemistry from UBC and went on to a postdoctoral fellowship at the University of Edinburgh. Later she worked on two science journals in Germany before returning to Canada. She lives in Richmond. 9781926890371

One Response to “A chemical reaction”