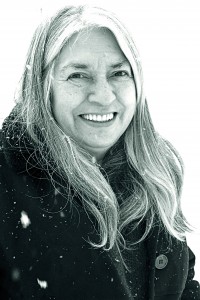 Self-described as the most published Native woman author in the country, Lee Maracle has turned her oratory into essays for Memory Serves (NeWest Press $24.95), edited by Smaro Kamboureli. “Canadians must come out of the fort,” she urges, “and imagine something beyond the colonial condition — beyond violence, rape and the notions of dirty people.” Maracle has claimed that indigenous people do not control the intellectual maps that determine the worthiness of story; and doubtless the same could be said for her political rhetoric from speeches over a twenty-year period, as recorded in this volume. “We’re socially locked in time,” she told Redwire magazine in 2003. “If we are burning sage or saying million-year-old prayers, then we are OK; as long as we are back in the bush or spiritual mode we’re safe. If we’re doing anything else people want to erase us, they want to not see us. So my stories, I think, allow people to see us in a myriad of circumstances and once people see us differently they might hear us differently as well.” A long-time political activist, Maracle attended Simon Fraser University and became a member of the Red Power Movement and Liberation Support Movement. A recipient of the Before Columbus American Book Award, Maracle has worked at the Barrie Native Friendship Centre in Ontario, performed on stage and taught courses at the University of Toronto prior to her return to the West Coast to teach at Western Washington University in Bellingham, Washington. She later moved to Toronto to be a Mentor for Aboriginal Students at the University of Toronto and serve as Cultural Director for the Indigenous Theatre School. “If you are Aboriginal,” she Lee Maracle has said, “you’ll face what has happened to you and find some way to reconcile yourself to it, and if you are not Native you will face what was done to us and find some way to reconcile yourself to it personally. I think that’s what story does anyway. That’s what my hope is.” 978-926455-44-0