Coming Back in Gibsons 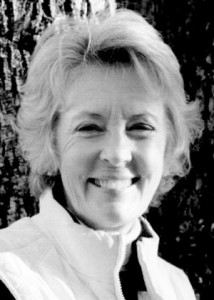 A.S. Penne’s play Coming Back will have its premiere at the Gibsons Heritage Playhouse, November 11-15. It’s about the effects of war on three generations of family. While speaking with several mothers in 2005, Penne heard their fears about sons being deployed overseas to Afghanistan. These discussions brought back memories of living with her father, a WW II veteran who brought the war home with him. Coming Back addresses the effects of damage done to the families of veterans; those wives, husbands and children who have to find their own way through the battles re-enacted at home.

A. S. [Anthea] Penne of Sechelt writes fiction and creative nonfiction. She received her MFA from UBC’s Creative Writing Dept in 1995 and has attended various workshops, notably Banff Center for the Arts and the Iowa Writers Workshop. Old Stones: The Biography of a Family is  the story of her search for family roots. She teaches English literature and literature in translation and she has previously facilitated Youth Writes, a creative writing workshop for the Festival of Written Arts in Sechelt, B.C. The quest for self-understanding in various characters percolates through the short stories in Penne’s first fiction collection, Reckoning (Turnstone 2008), her follow-up to her search for family roots in Old Stones: The Biography of a Family (2003).