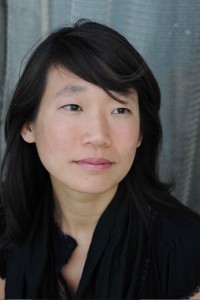 Before Ricepaper went digital-only in 2016, this was the main editorial address of the publication for which Madeleine Thien briefly served as editor during the outset of her literary career.

Many of today’s acclaimed Asian-Canadian writers were first published in Ricepaper, the literary periodical founded in B.C. by Jim Wong-Chu and the Asian Canadian Writers’ Workshop (ACWW). A West Coast-centric anthology, AlliterAsian: Twenty Years of Ricepaper Magazine (Arsenal Pulp) was produced to mark the 20th anniversary of Ricepaper, co-edited by Allan Cho, Julia Lin and Jim Wong-Chu, before it became an e-zine.

Among those interviewed was former Ricepaper editor Madeleine Thien, whose third novel, Do Not Say We Have Nothing, won both the $100,000 Scotiabank Giller Prize and the Governor General’s Award for Fiction in 2016. It was also one of six works of fiction shortlisted for the Man Booker Prize. This recognition represented an unprecedented triad for a B.C.-born author. The only previous Giller recipient to have won while living in B.C. was Calgary-born Esi Edugyan of Victoria for Half-Blood Blues in 2011. Both their novels were published in Ontario. In 2016, the Giller Prize jury wrote: “Do Not Say We Have Nothing by Madeleine Thien entranced the jurors with its detailed, layered, complex drama of classical musicians and their loved ones trying to survive two monstrous insults to their humanity: Mao Zedong’s Cultural Revolution in mid-twentieth century China and the Tiananmen Square massacre of protestors in Beijing in 1989. Do Not Say We Have Nothing addresses some of the timeless questions of literature: who do we love, and how do the love of art, of others and ourselves sustain us individually and collectively in the face of genocide? A beautiful homage to music and to the human spirit, Do Not Say We Have Nothing is both sad and uplifting in its dramatization of human loss and resilience in China and in Canada.”

Born in Vancouver, but later relocated to Quebec, Madeleine Thien, the daughter of Malaysian-Chinese immigrants, was taught to read at age three by her older sister. Shy and inarticulate, she retreated into literature while growing up in an immigrant family. Thien studied English literature and dance at Simon Fraser University prior to pursuing a Creative Writing degree at UBC. She completed her Masters degree in 2001 and relocated to Quebec City in 2005 after her Dutch-born husband, Willem Atsa, took a job there. She subsequently relocated to Montreal.