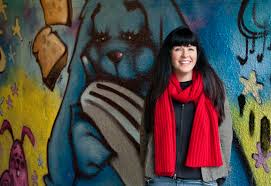 While most people prefer happy endings, Carleigh Baker produces a batch of stories with uncomfortable, unexpected and outright strange endings in Bad Endings (Anvil $18). Her stories are full of character digressions, bad decisions, and misconceptions. Baker also highlights nature appreciation; salmon, bees and rivers play re-occurring roles. At times, the animals and humans merge thereby adding a touch of magic realism. Carleigh Baker is a Metis/Icelandic writer living in Vancouver. Her work has appeared in subTerrain, PRISM International, Joyland, and This Magazine. She won the Lush Triumphant award for short fiction in 2012, and was nominated for the Journey Prize in 2014. Her book reviews and critical writing have appeared in The Globe & Mail, The Malahat Review, The Goose, and EVENT Magazine. 978-1-77214-076-7