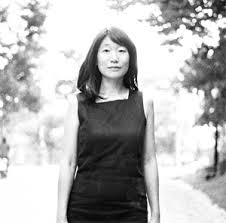 Madeleine Thien’s third novel, Do Not Say We Have Nothing (Knopf), has won the Governor General’s Award for Fiction. Also shortlisted for the Giller Prize, it’s one of six works of fiction currently being considered for the Man Booker Prize–an unprecedented triad for a B.C.-born author.

Born in Vancouver, Madeleine Thien, the daughter of Malaysian-Chinese immigrants, was taught to read at age three by her older sister. Shy and inarticulate, she retreated into literature while growing up in an immigrant family.

Madeleine Thien was first noticeable on the Vancouver literary landscape in 1996 when she became editor of Ricepaper Magazine, a publication of the Asian Canadian Writers’ Workshop. She went on to win the ACWW Emerging Writer Award based on the manuscript for her prospective short story collection, Simple Recipes, in 1998. The ACWW offered her manuscript to publishers and had bidding offers from four different interested publishers. She chose a two-book deal with McClelland and Stewart When the debut collection was published in 2002, it received the Ethel Wilson Prize for best work of fiction by a B.C. author.