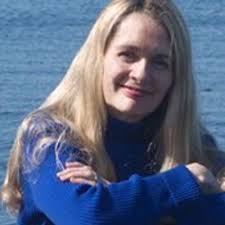 A steadfast campaign to feature prominent Canadian women on banknotes has earned Victoria historian and writer Merna Forster the $5000 Pierre Berton Award to be presented by Gov. Gen. David Johnston at Rideau Hall on November 28, healing 2016.

Previously known as the Governor General’s History Award for Popular Media, the honour was accorded to another Victoria historian, Mark Zuehlke, in 2014. Forster’s activism led her to spearhead a 2013 petition to have a Canadian woman portrayed on a banknote (after an image of activist Thérèse Casgrain, who fought for women to be recognized as persons, was reputedly kiboshed in favour of an image of an icebreaker). Her petition gained 73,000 signatures. An Angus Reid poll showed that most Canadians agreed a woman should be represented, such as activist Nellie McClung or artist Emily Carr.

Having worked for years to help raise funds for an Emily Carr statue in Victoria’s inner harbour, Forster will now serve on a committee of four women and two men to select female candidates, one of which will be appear on a banknote in 2018.