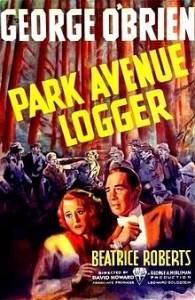 LOCATION: The Bruce Hutchison Branch at 4636 Elk Lake Drive in Victoria was built in 1993 as part of the Saanich Commonwealth Recreation Centre. It opened in October of 1994 and was named in honour of Bruce Hutchison who had died in 1992. Revered as “journalism’s sage” and “the dean of Canadian journalists,” Bruce Hutchison also received three Governor General’s Awards for literature–an unprecedented accomplishment for a B.C. author.

As a veteran newspaperman, Bruce Hutchison was most widely known as an influential fixture at the Vancouver Sun. He somehow managed to write sixteen books, most notably The Unknown Country: Canada and Her People (1942), produced in about six weeks. “I didn’t know anything about book writing,” he once told Trevor Lautens. He wrote the book only because he was asked to do so by an American when he was visiting New York, hence the title is from an American perspective. It received the Governor General’s Award for Non-Fiction, as did The Incredible Canadian: A Candid Portrait of Mackenzie King, His Works, His Times and His Nation (1952) and Canada: Tomorrow’s Giant (1957).

Less well-known are his rare attempts at fiction. Bruce Hutchison’s story called “Park Avenue Logger” published in The Saturday Evening Post on November, 30, 1935 became an American movie of the same name in 1937, directed by David Howard. It was also known as Millionaire Playboy in the U.K. and re-released in North America as Tall Timber.

Published near the end of WW II, Bruce Hutchison’s only novel, The Hollow Men (1944), is a rarely-mentioned portrait of a journalist named Leslie Duncan who is torn between his father’s beloved Cariboo ranch and his political responsibilities in both Washington, D.C., and Ottawa (“the counterfeit little world on Parliament Hill”) during WWII. Leslie Duncan yearns to be something more than another of the “hollow men” described in T.S. Eliot’s famous poem. The Hollow Men is an unusually sophisticated portrayal of both the country life of ranchers and the limitations of politics. It evokes the plight of a B.C. intellectual who feels alienated from the centres of power: a timeless subject for anyone west of the Rockies.

Nauseated by the intrigue and interminable talk of Ottawa, Duncan is likewise disillusioned by the staged bravado and empty mythology of the United States. Life at his Cariboo ranch is the answer but, like the noble Cincinnatus who felt obliged to leave his family farm and serve in ancient Rome, Duncan repeatedly gets his hands dirty in politics to further the public good. His goal is to secure suitable irrigation for his district and, in order to do so, he compromises his relationship with his wife, losing his soul in a web of betrayals orchestrated by lesser men. Bruce Hutchison has been described as ‘journalism’s sage’ and ‘the dean of Canadian journalists’. He was a rare British Columbian who received three Governor General’s Awards for literature.

Bruce Hutchison was born in Prescott, Ontario on June 25, 1901 in the family home at the corner of Dibble and Edward Streets. As an infant he was brought to Cranbrook, B.C. He was raised in Cranbrook and Merritt before the family moved to a bungalow on Wilmer Steet, Victoria, as described in his autobiography, The Far Side of the Street (1976). His later book Uncle Percy’s Wonderful Town (1981) depicts smalltown life in the fictional town of Emerald Vale, based on his experiences in Merritt.

His mother Constance was a Christian Scientist; his father John was baptized by Pope Pius IX; but Bruce Hutchison was brought up as an Anglican. He worked for newspapers ever since he began as a high school correspondent for the Victoria Times in 1918. At age 20 or 21 he began to cover the B.C. Legislature. In the 1920s he also wrote pulp fiction, a novel and a film script called Park Avenue Logger. It was produced by Hollywood. He became a political reporter in Ottawa in 1925. That year he married Dorothy Kidd McDiarmid. They had two children. He first went to Washington D.C. in 1933. He covered the Imperial Conference and the coronation of King George VI in 1937, visiting Hitler’s pre-war Germany in the process. He first worked for the Vancouver Sun in 1938 and served as its editor from 1963 to 1979. He was editor emeritus after that. He was assistant editor on the Winnipeg Free Press from 1944 to 1950. He then became editor of the Victoria Daily Times until 1963. His primary allegiance as a writer was always to journalism and non-fiction. “I was so interested in the business that I never got out,” he said, turning 80, “and here I am still at it.” A library in Victoria is named in his honour and he won three National Newspaper Awards, plus the Bowater Prize.

Hutchison’s only published novel, The Hollow Men (1944), evokes the plight of a B.C. intellectual who feels alienated from the political centres of power. A political journalist named Leslie Duncan is torn between family life on his father’s beloved Cariboo ranch and his professional duties during World War II in Washington D.C. and Ottawa (“the counterfeit little world on Parliament Hill”). Nauseated by the intrigue, interminable talk and unalterable weariness of Ottawa, and finding himself disillusioned by the staged bravado and empty mythology of the United States, Leslie Duncan strives to be something more than another of the ‘hollow men’ as described in T.S. Eliot’s poem, from which the title is drawn. He betrays his liberal/Liberal sensibilities to accept a CCF nomination in his home Cariboo riding to satisfy his ‘appetite for the land’. He hopes to secure badly needed irrigation for his district. The novel is a rare and authentic view of British Columbia from the 1940s and deserves a wider reputation.

Hutchison is chiefly celebrated for his non-fiction, in particular The Unknown Country, written in about six weeks. “I didn’t know anything about book writing,” he told Trevor Lautens, “I don’t think it was the best thing I did by any means.” He only wrote the book because he was asked to do so by an American when he was visiting New York, hence the title (from an American perspective). It received the Governor General’s Award for Non-Fiction, as did The Incredible Canadian and Canada: Tomorrow’s Giant. Bruce Hutchison’s biographical portrait of Prime Minister William Lyon Mackenzie King, The Incredible Canadian, was reissued with an introduction by Vaughn Palmer in 2011 from Oxford University Press.

In 1961, Hutchison was the first to receive the Royal Society of Arts Award for Distinguished Journalism in the Commonwealth. His autobiographical The Far Side of the Street won a Canadian Authors Association Award. He won three National Newspaper Awards and the Bowater Prize.

Hutchison published three reflective and lighter works in his later years. The first was a nostalgic fictionalized memoir of growing up in ‘Emerald Vale, B.C.’, as viewed through the eyes of a 14-year-old narrator. It was called Uncle Percy’s Wonderful Town (1981) and it was a finalist for Leacock Medal for Humour. The second was a series of short pieces from a rural viewpoint With illustrations by Marion Dahl, A Life in the Country (1988) was Hutchison’s philosophical equivalent to Walden Pond. It was derived from his love for a cottage at Shawnigan Lake and the eleven acres he owned in Saanich, where he had lived since 1925. His final book was fictional: The Cub Reporter Learns a Thing or Two (1991). Bruce Hutchison died on September 14, 1992, in Victoria. “The history of Canada,” he wrote in 1953, “for about three hundred years was a struggle to escape from the wilderness, and for the last half century has been a desperate attempt to escape into it.”