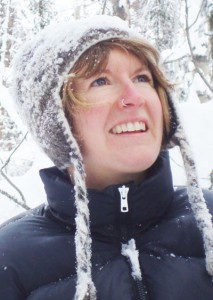 Margaret-Anne Enders is one of thirty authors who will be gathering at the Quesnel library on Saturday, May 24, to celebrate the increasing diversity of Cariboo literature. Coincidentally, her book, Spicing Up the Cariboo: Characters, Cultures & Cuisines of the Cariboo Chilcotin (Caitlin $26.95), co-written with Marilyn Livingston, and Tom Salley, with Bettina Schoen, also celebrates the increasing diversity of the Cariboo population as a whole.

Enders’ Spicing Up the Cariboo provides a glimpse into the ethnic diversity of both the Cariboo Chilcotin and the connection between community and kitchen. Contributors include Manola Khounviseth, who endured a harrowing escape from Laos, and First Nations member Andrea Thomas, who shares stories of hunting and gathering. Braian Barcellos, from Brazil, describes following his sweetheart to the Cariboo, while offering up a favourite family recipe. More than forty-five Cariboo Chilcotin residents, of various cultural backgrounds, interweave their tales of hardship, celebration, love, and resilience with traditional family recipes.

“This project, which started out as a simple fund-raiser for the Multiculturalism Program at CMHA in Williams Lake, captured my interest from the very start,” says Enders. “This community of Williams Lake and the surrounding area is home to such diversity and I was excited to meet with people of different cultural backgrounds, listen to their stories, and learn about the interweaving of food and culture.

“It was surprising just how many different cultures we encountered, many more than any of us anticipated. The stories of the people we interviewed were fascinating and inspiring with themes of heroism, love, dedication to family, and thirst for adventure, and made us see our neighbours in a new light. “In the end, the recipes were almost a bonus! But of course, they are much more than that, these snippets of family histories from all over the world, sometimes captured only in the cook’s memory, sometimes scribbled on a scrap of paper from the homeland. I enjoy making the recipes for my family and taking them to potluck dinners, where they are always popular, both for the flavour and for the story within.”