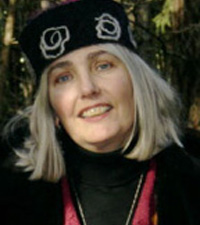 At age 24, Mona Fertig opened The Literary Storefront in Vancouver.

In October of 1980 , The Writers’ Union of Canada-BC Branch, The League of Canadian Poets and The Literary Storefront had put in a group application to the BC Cultural Fund for the amount of $25,000 to run the Literary Storefront as a Literary Centre. A broad swath of provincial, regional and community literary organizations, as well as individuals, rallied in support of the cause.

Those were the days, my friend. The goal was to provide co-operative programs with literary groups such as TWUC, the LCP, PWAC, The Guild of Canadian Playwrights, The Canadian Book Information Centre, The Association of Book Publishers of B.C. (ABPBC), The Canadian Authors Association (CAA), The Burnaby Writers Society, The Richmond Writers Group, The Association of English Teachers of B.C., The C.P.P.A. and more. A bunch of people wrote letters of support including Paulette Kerr, Regional Director of the Canadian Book Information Centre, Lorna Farrell-Ward, now Curator at the Vancouver Art Gallery, Linda Turnbull, Director of the ABPBC, Leonard Angel, BC Rep of the Guild of Canadian Playwrights, Eleanor Wachtel, Vice-President of the Canadian Periodical Publishers Association ( CPPA), and the Vancouver Public Library and many more.

Sandy Frances Duncan (TWUC Rep) and Mona prepared the application. The first Board of Directors of the Literary Centre would be; Sandy Frances Duncan (BC Rep, TWUC), Robin Skelton ( BC Rep, LCP), Paulette Kerr (Regional Director-CIBC), Scott McIntyre (Publisher), Margaret Hollingsworth (BC Rep Guild of Canadian Playwrights). Administrative Staff would be Mona Fertig, Founder and Executive Director of the Literary Storefront and Ingrid Klassen, Executive Director of the BC Branch of The Writers’ Union of Canada.

And lo, it came to pass.

Inspired by the the Shakespeare and Company bookstore in Paris, The Literary Storefront operated in Vancouver’s Gastown district from 1978-84, mostly fueled by Fertig’s enthusiasm. It began to sputter. The reins were handed over to Tom Ilves, who disappeared long long afterward–only to resurface as the long-serving president of Estonia (he’s still in office). Now Fertig has commissioned Trevor Carolan to write The Literary Storefront, The Glory Years, Vancouver’s Literary Centre 1978-1984 (Mother Tongue) with a preface by Daphne Marlatt. It’ll include 75 b & w photographs and images, to launched in October.

Meanwhile Fertig is understandably a tad miffed to learn that a concurrent initiative to get funds for a new Vancouver-based Literary Arts Centre has claimed in its literature that:

The City has allocated millions of dollars of support to the Vancouver Writers Festival to mostly bring writers to the city from elsewhere–thereby reinforcing the notion that the best writing is done somewhere else–so the hugely productive ‘local’ B.C. literary world deserves some reciprocal support.

Two years ago, Jean Barman and Alan Twigg from Pacific BookWorld News Society went to the City of Vancouver’s cultural funding department and gave ’em hell, having analysed the culture funding budget to discover less than 2% of their arts funding went to literary arts.

So there’s a pretty good chance that the proposed Literary Arts Centre will get off the ground.

All of which can amount to progress.

As long as history is not erased in the process.