Girls will be dragons 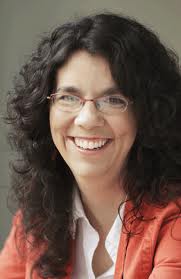 Rachel Hartman will be appearing at Vancouver Kidsbooks, 3083 West Broadway, at 7 pm on March 10. Her first fantasy novel Seraphina (Doubleday 2012) was a finalist for the Sheila A. Egoff Children’s Literature Prize awarded to the best non-illustrated book written for children by a B.C. author, a New York Times bestseller and winner of the William C. Morris YA Debut Award. Hartman’s 596-page sequel Shadow Scale (Doubleday $23) continues to follow the half-dragon, half-human Seraphina as she struggles to unite the kingdom of Goredd by first looking for half-breed brethren. Born in Kentucky in 1972, Rachel Hartman is a cellist and former bookseller with a degree in comparative literature. She has lived in Philadelphia, Chicago, St. Louis, England and Japan prior to arriving with her family to live in Vancouver in 2003. 978-0-38566-860-6