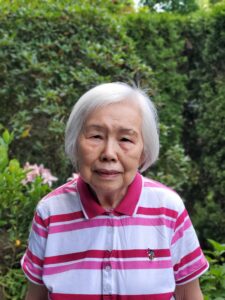 Award-winning author, historian and multicultural champion, Lily Chow (at right, photo Steve Chow) was appointed as a member of the Order of Canada this past December.

The award recognizes Chow for “preserving and promoting the history of early Chinese immigrants to Canada and their contributions to the country’s social and economic development.”

Lily Chow was born in Kaula Lumpur, Malaysia, in 1931 and emigrated to Prince George, B.C. in 1967. She came to Canada as a qualified teacher and taught general science, biology and mandarin in Prince George Secondary School and Duchess Park Secondary School. She then graduated from UBC with a Bachelor of Education and received her Master’s of Education from the University of Victoria. She taught in the Prince George School District for 25 years. In 1993, she retired from teaching high school and began devoting her time to research and writing while living in Victoria. 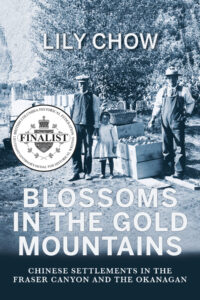 Her books shine a light on the Chinese experience in B.C. and include:

Sojourners in the North (Caitlin Press, 1996)
Chasing Their Dreams Caitlin Press, 2000)
Legends of Four Chinese Sages [children’s illustrated book], 2007
Blood and Sweat over the Railroad Tracks (Chinese Canadian Historical Society of BC, 2014)
Blossoms in the Gold Mountains: Chinese Settlements in the Fraser Canyon and the Okanagan (Caitlin, 2018) $24.95 9781987915501

Chow’s new book, Hard is the Journey: Stories of Chinese Settlement in B.C.’s Kootenays (Caitlin) will be published later this year. It exposes dark parts of the province’s history while shedding light on both the struggles and accomplishments of the Chinese immigrants who risked everything and often lost their lives in building the Canada we know today.

Chow’s previous awards include: the Jeanne Clarke Memorial Local History Award (1996), grants from the Canadian Heritage Branch, Federal Government (1993 & 1998), and certificates of merit from the B.C. Historical Federation in 2014 and 2019. Her volunteer services have been awarded with two Queen Elizabeth II’s Jubilee Medals (2002 & 2012).