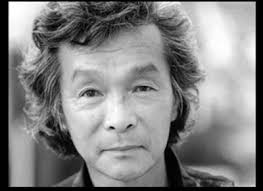 Award-winning filmmaker and magazine editor Jesse Nishihata (1929 – 2006) has had a memoir published posthumously, Powell Street Diary: A Remembrance of Life Before Internment (Lulu $13.98). The memoir covers his experiences in the year before the Internment of Japanese-Canadians during World War II.

Initially, the young Nishihata comes off as a happy-go-lucky young teenager:

“Tursday, November 20, 1941 – Today is my birthday and I got the best present ever, a wrist watch!” Nishimata writes.  “It’s Swiss made, with a 17-jewel movement, and luminous hands and numbers so you can see the time in the dark, and a black leather strap. And a nice round stainless steel casing. I look at it every time…”

But world events complicate the boy’s life as he lives through the shock of Pearl Harbour, and the gradual incarceration of the adult men around him – including his own father, Saburo Nishihata, all while going through the trials and tribulations of growing up. The precocious 12-year-old voice becomes our guide to a lost world of marbles, roller skates and the wonders of the cinema.

Now, on the 75th memorial of the evacuation, Nishihata’s book is being launched at a Powell Street Festival event – a reading by his son, Junji Nishihata, on Sunday, August 6th at 1:00PM.

Jesse Nishihata was born Hideo Nishihata in 1929 in Vancouver, to immigrant Japanese parents. He spent his childhood on Powell Street, the former Japantown, where his father owned a tin metal shop. He was thirteen when all of that was shattered during WWII with the bombing of Pearl Harbor. His family was expelled from the B.C. coast, initially to the interior and later to Alberta where Nishihata worked on sugar beet farms.

After the war, Nishihata went to university in Montreal and attended graduate school in London. By the time the Japanese Canadians received an official apology from the Canadian government in 1988 after more than a decade of struggle for justice, Jesse was a well-established independent filmmaker who had been teaching film and media studies at Ryerson University and had already worked for 12 years as a contract producer for CBC. His work as a documentary film producer brought the Japanese-Canadian internment story into Canadian homes as early as 1974 when he made Watari Dori: A Bird of Passage. After the Canadian redress to interned Japanese Canadians, Jesse became the first editor of the Nikkei Voice magazine. Before he died from Alzheimer’s Disease in 2006, Nishihata wrote his memoir, which his family self-published in 2017. 978138705406