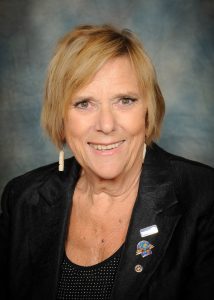 After a career spent in academia, Elaine Marie Gallagher, RN, PhD, began work on a historical novel Sisterships (self published, $19.95), a tale about the Titanic and her forgotten sister the Olympic.The main character is Betsy Oakes, a recently unemployed governess in England’s Midlands in 1912. The governess decides to travel to Canada and books passage on the Titanic’s maiden voyage. As luck would have it, she is forced to rebook on the identical ship, the Olympic on its next sailing. On board, she forms a close friendship with a stewardess and over the course of the passage they unveil their life stories. Gallagher’s close childhood relationship with her grandmother, Betsy Oakes, was the inspiration for the book. Many of the stories included were actually told to Gallagher by Betsy, along with intriguing facts gained from over 40 years of background research. Gallagher lives in Victoria B.C.  978-1-77302-542-1