“We were tossed as pearls in a broken necklace," writes Joy Kogawa. 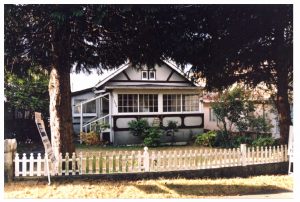 The preservation of Joy Kogawa House (above) in Marpole has not been without controversy.

Now the acclaimed author has gathered disparate parts of her life to weave together an intensely personal memoir dealing with hatred, shame, perseverance and hope.