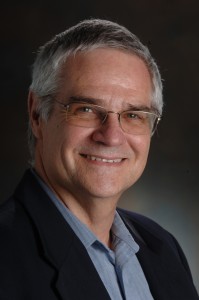 Historian and former union officer, Ron Verzuh shines a light on a tangled piece of B.C.’s labour and cultural history in Smelter Wars: A Rebellious Red Trade Union Fights for Its Life in Wartime Western Canada (UTP $34.95 pb). By 1944, the Congress of Industrial Organizations had earned the right to represent more than 5,000 workers at a Trail smelter owned by a big Canadian industrial company. But the second World War was ending and the Cold War was just about to begin. The union had to continue fighting in the face of a tough employer determined to oust it and install its own company union; governments reacting to the so-called ‘Red Scare’; and local opposition from conservative citizens and religious groups leery of collective movements. Having grown up in the Trail/Castlegar area and studied its labour history, Verzuh is close to the subject. “The more I study it the more I lament that we have lost that capacity to struggle and resist that seemed so alive and vital back then,” he said. “I figure we just have to keep trying our best to dig out the nuggets. That’s pretty much how I see my role as a writer and historian: dig right down into it, search out what others thought insignificant, and see what it looks like today.” 9781487541125