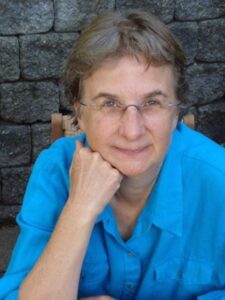 Vancouver’s Sarah Ellis, one of the country’s foremost writers for children has written a book about child prodigy and music icon Glenn Gould: As Glenn as Can Be (Groundwood $19.99) for ages 3 to 6. As a child Gould liked boats but not fishing; had a passion for learning but didn’t like school. He started performing classical piano concerts at fifteen and became internationally famous, but he grew to dislike live concerts. Rather, he preferred playing and recording in an empty concert hall. This portrait of one of Canada’s most innovative but puzzling musical artists is illustrated by Nancy Vo, also of Vancouver. Vo’s work has been described as “bewitching” by the New York Times and praised in a starred review by Kirkus as “visually arresting and enigmatic.” Sarah Ellis has won numerous literary awards including the Governor-General’s Award for Pick Up Sticks (Groundwood, 1991), the Sheila A. Egoff Children’s Literature Prize for Odd Man Out (Groundwood, 2006) and the Lieutenant-Governor’s Award for Literary Excellence in 2013. In 2003, she co-wrote with David Suzuki Salmon Forest (Greystone). 9781773064680