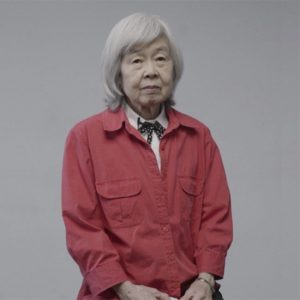 Vancouver’s Joy Kogawa has embraced the latest story-telling technology with her new narrative, East of the Rockies, which was produced as an app by the National Film Board and released earlier this year. It is currently being shown at the Reel Asian International Film Festival in Toronto until November 15.

The story is told from the perspective of 17-year-old Yuki during World War II when her family is forced from their home and made to live in an internment camp in Slocan, B.C. As Yuki and her family adjust to their new reality inside the camp, they struggle to make life as normal as possible. 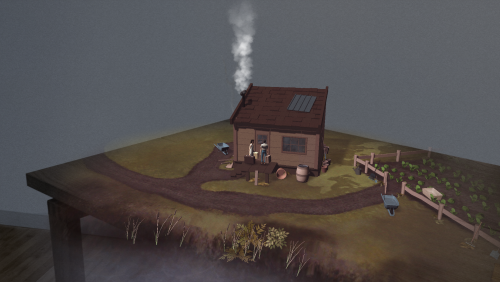 East of the Rockies uses cutting-edge augmented-reality (AR) technology for personal devices such as iPads and cell phones, as well as computers. Users become directors as they physically move through a 3D environment at their own speed with proximity-based interactions, tapping, and swiping.

Story-driven interactions emphasize story elements by showing life in Slocan, B.C., or painting a picture alongside a character. Whether or not users enable AR, East of the Rockies tells an important story with innovative and artful technology.

Kogawa, the author of Obasan (Lester & Orpen, Dennys, 1981; Penguin Books, 1983; Puffin Classics, 2014), a novel about a child internee at the Slocan Japanese-Canadian internment camp, has spent a lifetime internalizing, understanding and relating the repercussions of racism and internment during World War II. Based on Kogawa’s own experiences, this award-winning novel was the first to recount the story of the evacuation, relocation, and dispersal of Canadian citizens of Japanese ancestry.

Obasan was named one of the most important books in Canadian history by the Literary Review of Canada. The New York Times called Obasan, “a tour de force… brilliantly poetic in its sensibility,” and the story continues to be taught in schools across North America. 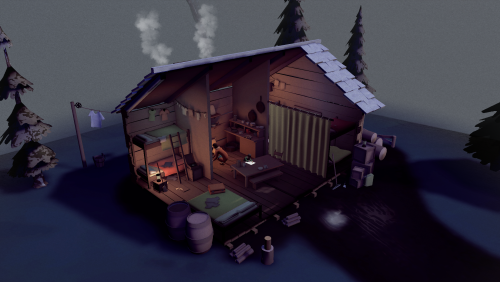 Kogawa remains a long-time activist in the areas of peace and reconciliation. “East of the Rockies” is a term well-known to Japanese Canadians who lived through the internment period in Canada because even after World War II, they weren’t allowed to return to their homes in B.C. for several more years. Instead, in 1944 they were ordered out of the B.C. interior, east of the Rocky Mountains, where their lives of hardship continued.

Publicity from the National Film Board about background history to East of the Rockies
Following Pearl Harbor, some 22,000 Canadians of Japanese descent or nationality were stripped of their property and interned under the War Measures Act.

The War Measures Act gave the federal government the power to regulate all persons “of the Japanese race”—which soon translated into forced relocation and years of internment for Japanese Canadians. Property was seized, stolen, looted, destroyed or left neglected while its owners were subjected to harsh conditions in remote locations, far from the homes and lives they once knew.

It wouldn’t be until 1949, following years of internment, the confiscation and sale of their properties, and the Dispersal Policy, that the internees would be given the freedom to move anywhere within Canada.

For the roughly 22,000 Canadians affected, race superseded citizenship, regardless of class, sex, age or generation.