Epilepsy pioneer finally gets her due

A new biography recalls how Dr. Louise Aall met Albert Schweitzer in Gabon and revolutionized the treatment of epilepsy (called "moon madness" by locals) in Africa. 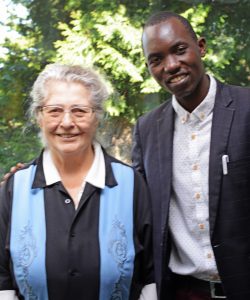 In 2019, Dr. Louise Aall of Tsawwassen met with the Tanzanian physician Dr. Dan Bhwana who now runs her epilepsy clinic in Mahenge where epilepsy rates are ten times higher than the global norm.

Doing house calls by canoe, sharing rooms with bats and scorpions, and getting poked and prodded by curious villagers were all in a day’s work for Dr. Louise Aall, who was eventually awarded a bravery medal from the Red Cross.

In 1959, as a freshly minted doctor, Louise Aall was working alone in East Africa, testing medicine for amoebic dysentery. She did house calls by canoe, shared rooms with bats and scorpions, and was poked and prodded by curious villagers. She began groundbreaking research into epilepsy and established clinics to treat people suffering from “moon madness” as the locals called it, or kikafa in Swahili. 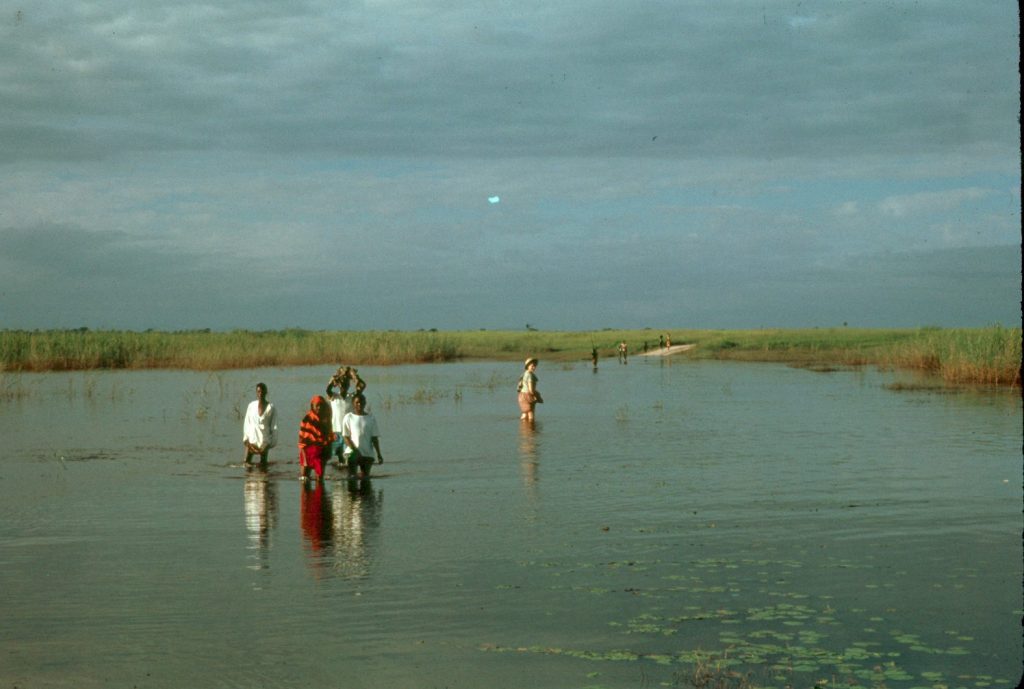 Dr. Louise, seen in the distance, crosses the flooded Kilombero River to reach Mahenge in the mountains of Tanzania.

Dr. Aall was also one of the last people to work beside Nobel Prize Laureate, Dr. Albert Schweitzer at his jungle clinic in Gabon. Known as “Mama Mgango” (Mama Doctor), she fell in love with African people, and the continent’s wildlife and landscapes. This special relationship endures 60 years later and her Mahenge Epilepsy Clinic continues to provide care for patients and education about the disease for families. 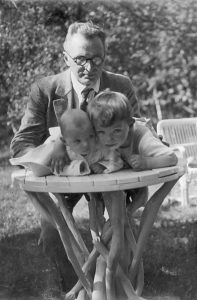 Louise was born in 1931, one of three children to Norwegian academics. Her father, Anathon headed the Philosophy Department at the University of Oslo and her Austrian-born mother, Lily was a famous ethnologist and author. Great-grandparents included high profile Norwegian politicians; the family home was just a stone’s throw from the royal palace at Oslo.

Louise was home-schooled and an ardent reader who dreamed of life as a doctor. Her mother issued warnings about romance getting in the way: “You have to be careful! Once you let a man kiss you, it’s the beginning of going too far into that…and before you know it, you are pregnant.”

The German invasion of Norway in April 1940 changed their lives of privilege. Lily had Jewish friends and had helped some relocate to England so the Aalls sought refuge at their country home in Ospeteig. Louise and brother Cato did chores on nearby farms and were usually paid in food. Their father Anathon was now entering the final stages of Parkinson’s disease, and young Louise became his primary caregiver. By 1943, he was bedridden and delirious. “If the Germans found out, they would have taken him away and euthanized him, as they did with so many others suffering from mental illness,” says Louise. His dying words to her helped guide her life: “Be full of love and truthful.”

Louise enrolled in private school after the war. Socially awkward, she lacked self-confidence, and was told by a math teacher to give up on the dream of becoming a doctor. Her marks were not sufficient for the University of Oslo, but eventually she entered a medical training program in Tubingen, Germany–determined to prove the math teacher wrong. She returned to Oslo and was in the audience when Dr. Albert Schweitzer delivered a Nobel Peace Prize lecture about his work in Gabon. 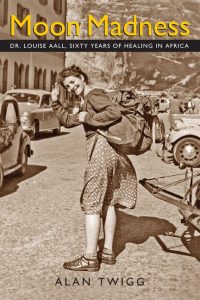 Book jacket showing Louise in Switzerland before she left for Africa.

Tropical medicine studies followed in Switzerland where another hero, Henry Dunant, had helped create the Red Cross. In Zurich, Louise also experienced first love. Tragically, the young man died in her arms of kidney failure. At age 28, Louise left for Africa to conduct research on a drug for amoebic dysentery. “Soon there would literally be no end to the number of people who wanted her medical attention,” writes Twigg.

Her work began at Ifakara, Tanganyika (now Tanzania) where Louise was also called upon to deliver babies. She learned Swahili (one of 10 languages she has spoken), and became a figure of fascination. “Children from the nearby school loved to knock on her door just to have a glimpse of her. Whenever she opened the door, they would shriek with delight and run away laughing.” Louise built alliances with local priests and the Archbishop to help open doors in villages. Maasai tribesmen also came to her. “The Maasai were difficult as patients because the men always demanded to be treated before everyone else. If a Maasai felt insulted or provoked, he would swell like a turkeycock and suddenly tear apart his clothes to expose his male attributes–the Maasai gesture of aggression, especially towards women.”

An encounter with a young boy who lived alone in the bush introduced Louise to “moon madness.” His swollen features resembled an old man, and this victim of epilepsy was an outcast without benefit of medical treatment.  “Non-scientific or indigenous attempts to counteract epilepsy could sometimes be more harmful than the affliction,” says Louise. “These included burning the soles of the unconscious convulsing patients, dropping acid in their eyes to ‘wake them up’ or forcing cow urine down their throats.”

Dr. Aall gained the boy’s trust, gave him phenobarbital tablets and two weeks later he reported no more seizures. Dr. Aall understood that educating families and communities about the disease was as important as treating it. 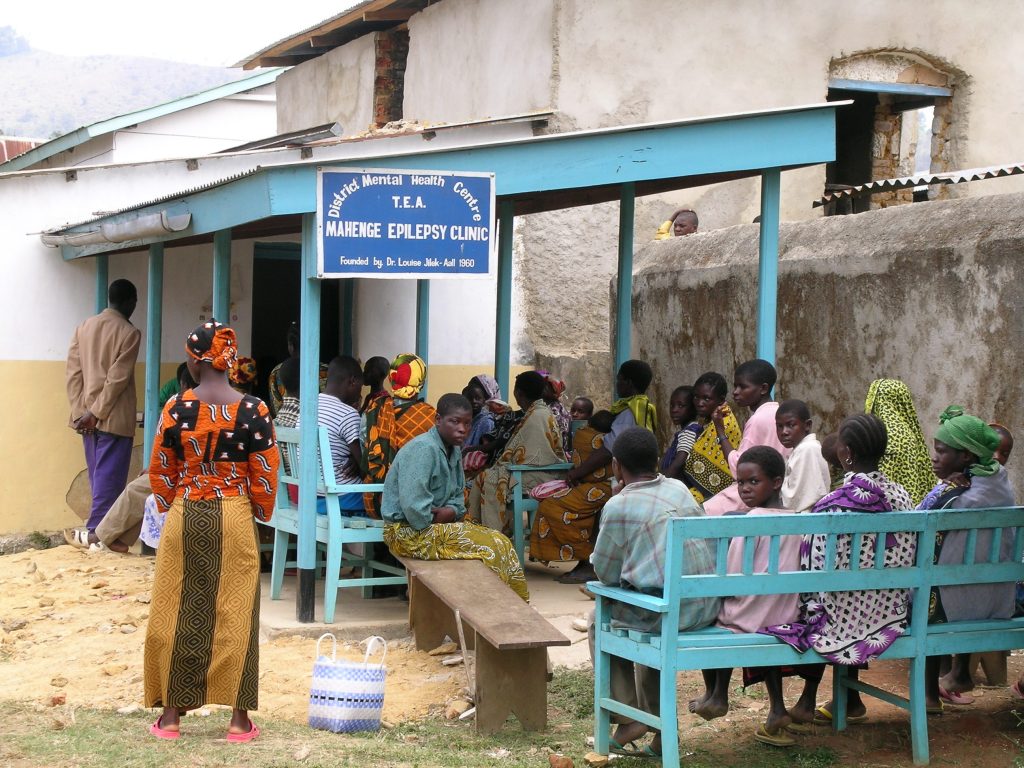 Dr. Aall established a clinic and offered the boy a job as a helper. She began investigating why epilepsy rates were ten times higher than the global norm–possibly due to infections by the filaria worm. She discovered “Nodding Syndrome,” a symptom in children who would later go on to develop epilepsy; a finding that was eventually recognized by the World Health Organization many years later.

In 1960, Dr. Aall answered an urgent call by the Norwegian Red Cross to co-manage a hospital in Belgian Congo where civil war was ripping the former colony apart. Through gripping detail, we enter chaotic, overcrowded conditions at the hospital in Matadi where decisions included only treating children with the best chance to live. The hatred and violence of civil war includes a surreal life-and-death table tennis match between Dr. Aall and a Congolese officer responsible for murderous attacks. For her work in the Congo, Dr. Aall was awarded a bravery medal from the Red Cross. 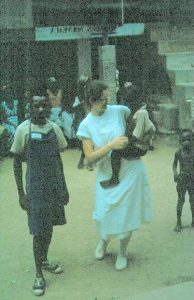 This is only known photo of Dr. Louise Aall at the Lambaréné Hospital operated by Albert Schweitzer, taken in 1961. She is likely the last physician still alive who worked alongside the Nobel Peace Prize recipient.

A planned three-day visit in 1961 to Dr. Albert Schweitzer’s clinic turned into an unexpected secondment. A measles outbreak was underway, and she could not refuse Dr. Schweitzer’s pleas to put her medical skills to work. She remained for almost a year, became friends with the famous doctor, and learned much about the realities of jungle medicine.

Later, Dr. Aall undertook psychiatric training in Montreal, pursued anthropology at the University of British Columbia, and with her husband, Dr. Wolfgang Jilek, worked with Indigenous communities in Canada and internationally. Today, Dr. Aall lives in Tsawwassen and is a rare example of altruism, skill and self-sacrifice in action. Many people she treated over the last 60 years have gone on to lead normal lives. Purchasing a copy of Moon Madness can also help as royalties will assist aid projects in Tanzania.

Mark Forsythe is co-author with Greg Dickson of “From the West Coast to the Western Front” (Harbour, 2014). 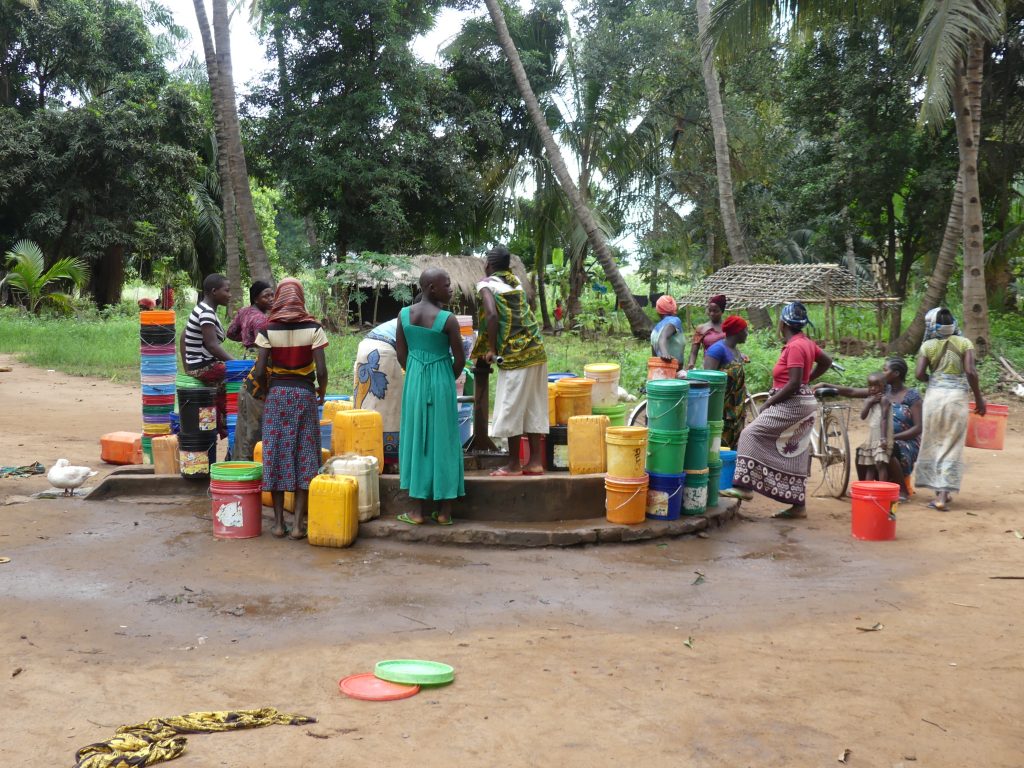 Villagers at the local well of Luhombero, one of the many villages Dr. Aall served as a roving, unaccompanied physician. 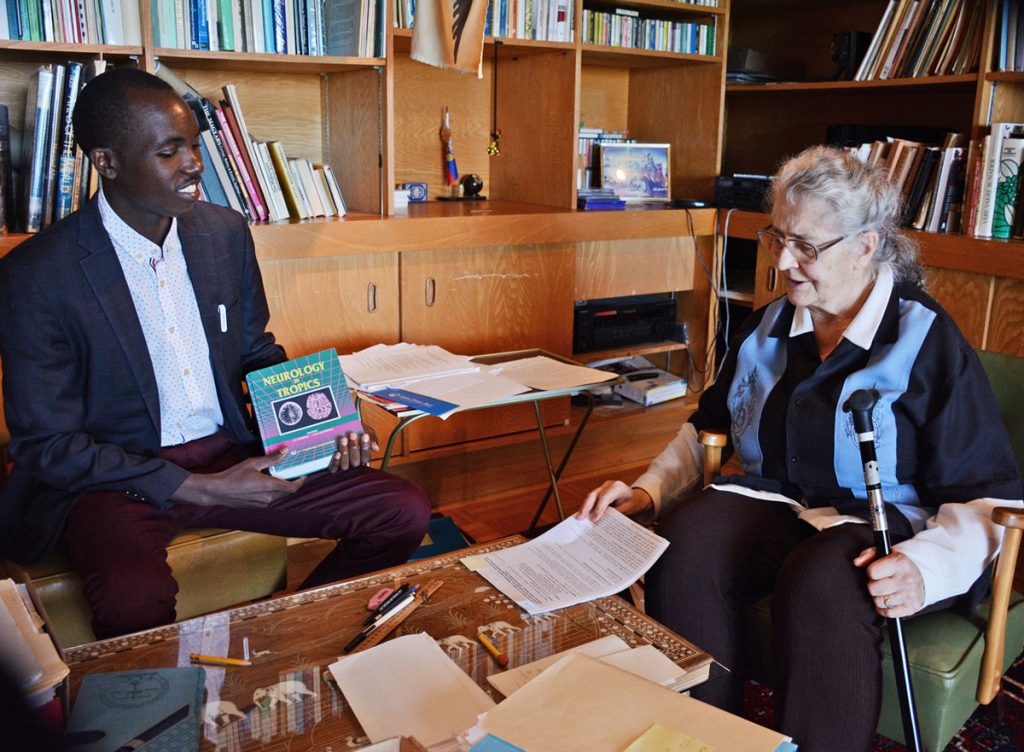 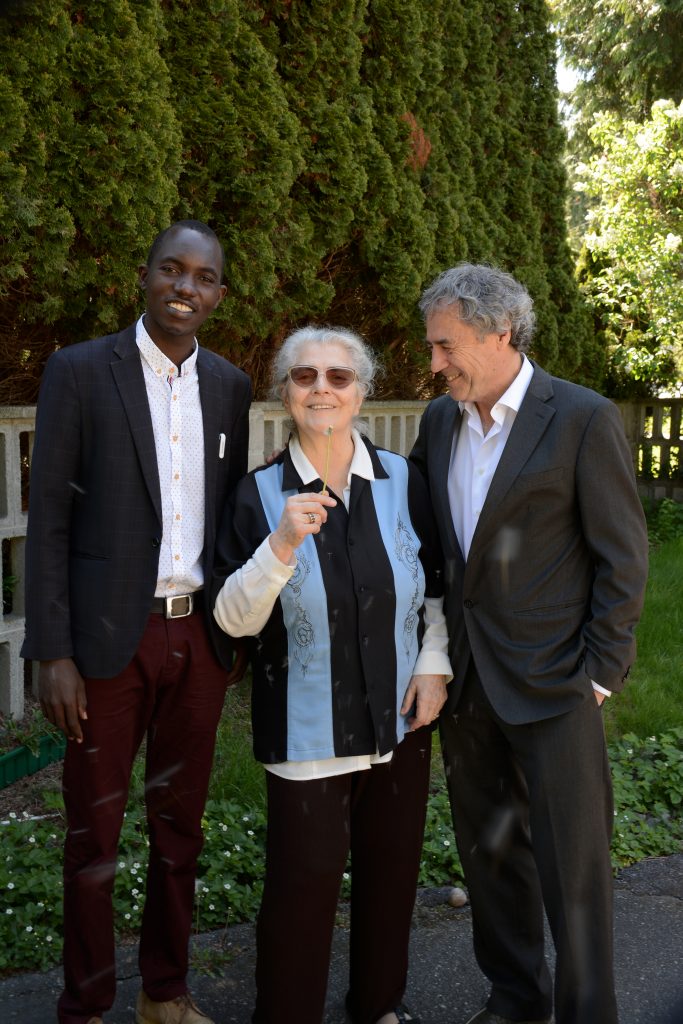 Dr. Aall blows dandelion spores in her front yard at Tsawwassen during a visit from Dr. Dan Bhwana and her biographer, Alan Twigg who took four years to write her story, Moon Madness: Dr. Louise Aall, Sixty Years of Healing in Africa (Ronsdale $21.95).