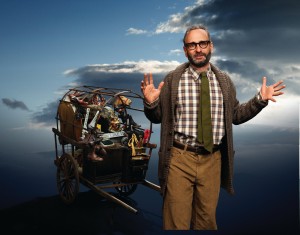 At thirteen, buy Hungarian-born John Hirsch lost his parents and a brother to the Holocaust and was forced to live hand-to-mouth, cure often conniving to survive on the streets, through much of his teens. The War Orphans Project of the Canadian Jewish Congress enabled him to immigrate to Winnipeg in 1947 where he co-founded Theatre 77 with Tom Hendry, leading to their creation of the Manitoba Theatre Centre where Hirsch developed his directing chops until 1965.

Determined not to mimic “that pickle-up-the-ass” style of British theatre that permeated acting in Canada, Hirsch mounted the first production of Brecht’s Mother Courage outside of Europe in 1967, as co-artistic director of the Stratford Festival (1967-69) where he incessantly feuded with his cohort Jean Gascon. Audacious in temperment and philosophy, he became head of television drama at the CBC from 1974-1978, vowing not to try to “out-laugh-track” the Americans.

After returning to serve as director of the Stratford Festival from 1981-1985, he veered into wide-ranging directing jobs in the U.S., notably at Lincoln Centre, until he became aware he was seriously ill while directing You Can’t Take It With You.

These biographical bits can be gleaned from Alon Nashman’s ninety-minute tribute to Hirsch that has been co-conceived and directed by Theatre Passe Muraille founder Paul Thompson and first staged at Stratford in 2012. Very thin on facts, and reluctant to share any nasty bits, their hodge-podge collaboration lionizes Hirsch as a hero for the Canadian theatre community.

The play doesn’t mention that Hirsch succumbed to an AIDS-related illness, dying in Toronto in 1989, at age 59, or that Hirsch bequeathed funds to the Canada Council for the creation of the the John Hirsch Prize. Every two years since 1995, two $6,000 awards are presented to upcoming theatre directors, one an Anglophone, the other a Francophone, in keeping with Hirsch’s hopes in his formative years that Canada could develop unique theatre.

The play never mentions that Hirsch was given shelter in Winnipeg in the home of Alex and Pauline Shack and he remained close to this couple as a surrogate family for much of his adult life.

No doubt John Hirsch’s brash Jewish character was a fundamental force in the eruption of original Canadian playwriting, acting and directing that occurred in the 1970s and 1980s; someone well-deserving of our respect and gratitude.

Unfortunately Hirsch is an insular, entre nous undertaking, pitched exclusively for people who work within Canadian theatre. When Nashman mentions Martha, the audience is just supposed to know that Martha refers to actor Martha Henry. Catering to the theatrical aristocracy rather than to a general audience is arrogance up-the-ying-yang or downright lazy writing.

The narrative is splintered fifty, sixty times, as Nashman switches voices willy-nilly. One minute he is Hirsch (“My body is the theatre of Canada”); seconds later he’s an omniscient narrator; then he’s performing squibs from famous plays. Structure is apparently not required. There’s no intermission to this play because there is no place that is worth stopping at.

Nashman’s multi-faceted performance is intended to be mesmerizing, riveting, a tour de force, etc. It’s not. Possibly he’s done it too often since 2012 and has run out of steam. There is no flow from one scene to the next. It only takes about ten minutes before we realize Hirsch is long on lionization and short on biographical depth. Sure, Nashman gives us an eerie scream to show us that Hirsch was Holocaust-haunted, but the lack of details about Hirsch’s private life makes this evening both laudable and forgettable.

The program lists more than fifty people who were apparently consulted to glean their memories of Hirsch. That process must have generated some of the better quotes from Hirsch; but the creators have chosen to exclude glimpses of the man beyond his career. Who did he love? Who loved him? And what are they hiding?

John Hirsch is a respected national figure but most of his work was done eastward from Manitoba with the minor exception of serving as a consultant to the Seattle Repertory Theatre for two years. One wonders if a reciprocal production could be created about the much-missed Larry Lillo—a deeply loved director who manifested the experimental spirit of West Coast theatre for two decades.

For that matter, will anyone be brash enough to do a play someday about Bill Millerd, the Sam Goldwyn of B.C. theatre, and easily the most influential theatre personality west of the Rockies? With the possible exception of Emily Carr, who was mostly unsung while she lived, anyone who stays in B.C. for their entire career must somehow be second-rate. Meanwhile Millerd’s career as the business guru behind the Arts Club is unparalleled in Canadian theatre. Imagine someone trying to take a play about Bill Millerd to Toronto. The arts hierarchy of Canada would find it unfathomable.

Meanwhile, if you really want to know about John Hirsch, read the biography A Fiery Soul (Véhicule Press, 2011) by Andrew Wilson and B.C. writer Fraidie Martz, a source that is strangely not cited in the extensive program credits.