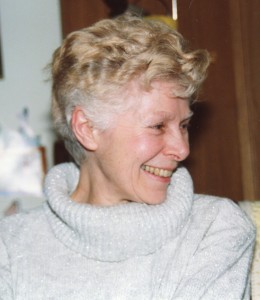 Born of a Russian mother and Polish father in Frankfurt in 1927, Inge Israel escaped Hitler’s rise with her parents to France. After also living in Ireland, Belgium and Denmark, she came to Edmonton in 1958 and Victoria in 1996. She speaks four languages and has eight previous books in French and English. Now her reflective and emotionally-charged memoir Finding the Words (Niagara: Seraphim Editions 2016) recalls the events and people who shaped her life in many places all over the world. Among her previous books, Rifts in the Visible is a bilingual collection about the life and art of expressionist painter Chaim Soutine, much admired by Modigliani. In Beckett Soundings (Ronsdale, 2011), Israel examines the paradoxical life of playwright Samuel Beckett through a collection of poems. 978-1927079409