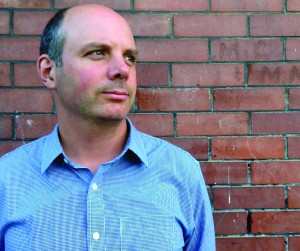 The rich get richer and the poor get poorer in British Columbia, as they do in much of the world.

As the richest few tally their billions, the poorest seek the doorway that will be their home for the night. Those in between work more and struggle not to fall deeper into debt. Nowadays to discuss poverty, the correct term to use seems to be income inequality. It’s been the subject of several important and much-discussed books in recent years–and now there’s one for B.C.

A Better Place on Earth (Harbour $22.95) by Andrew MacLeod has consequently been selected as one of six shortlisted titles for the George Ryga Award for Social Awareness in 2016.

In this book MacLeod interviews “economists, politicians, policy-makers and activists, as well as those living on the edge” to illustrate the consequences of this monetary inequality. He talks to “a single parent whose child support payments are clawed back by the government; a 25-year-old struggling to live on disability payments who won’t share his identity for fear of repercussions from the system; a security guard who wasn’t given bathroom breaks, didn’t drink water at work and eventually had to have a kidney removed as a result of severe dehydration.” MacLeod examines the public policy that has contributed to this economic disparity, and encourages British Columbians to consider how our society can be more fair for everyone.

Andrew MacLeod is the Legislative Bureau Chief for TheTyee.ca website. Prior to working for the Tyee he was a staff news writer for Monday Magazine from 2002 to 2007 in Victoria. While obtaining an English degree from the University of Victoria, he had been a co-editor of the UVic student newspaper The Martlet in 1992-93.

His work has been referred to in the BC legislature, Canadian House of Commons and senate. He won an Association of Alternative Newsweeklies award for news writing (2006) and was a finalist for a Western Magazine Award for best article in BC and the Yukon (2007). His reporting has also appeared in the Georgia Straight, BC Business, 24 Hours, Victoria’s Focus Magazine, the San Francisco Bay Guardian, Detroit’s MetroTimes, Portland’s Willamette Week and elsewhere.