I’m Not You by Ernest Hekkanen 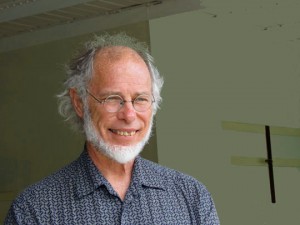 Ernest Hekkanen, the man dubbed Canadian literature’s “most resolute maverick,” has released his 46th book, a novella called I’m Not You.

Vincent van Gogh sold only one painting in his lifetime–to his long-suffering brother who was the only person who consistently loved him and supported his work. After his death, the artwork of van Gogh has generated billions of dollars for commercial enterprises around the world, such as the ever-popular van Gogh Museum in Amsterdam, and the collective value of his separate paintings made over a ten-year period is beyond calculation. The disturbing Kafka-esque genius apparent in Ernest Hekkanen’s novella I’m Not You (New Orphic $18.95) brings van Gogh’s fate to mind. Is it possible that one hundred years from now people will be reading this existentialist allegory and wonder how it could have gone unrecognized during the artist’s lifetime? Like van Gogh, who sold one painting, Hekkanen has only been published (twice) by one commercial press. For his 46th title, he has introduced a nameless character who is discovered beaten almost to death in the woods of Manning Park. Brought to a hospital in Abbotsford, he cannot recall his name, or his past. He draws a complete blank, much to the consternation of the police and medical authorities. The man—who reluctantly accepts being addressed as ‘Sir’ in lieu of anything else—sometimes has a nagging voice in his head that questions his thinking, but he is helpless in his efforts to cooperate with other humans who are thoroughly perplexed by his amnesia. In great pain, Sir eats again, he defecates. He is very frightened when he sees a face in the mirror. He does not recognize what everyone else insists must be his own reflection. He doesn’t know himself; so he only knows that he is not other people. Mostly he wants to get his clothes back. It is humiliating to be held prisoner in a hospital as a mere victim of circumstance. There is no indication that he has committed any wrongdoing. Finally he escapes down the elevator only to be dragooned by three nefarious men in a black van. They drive him back to the woods in Manning Park and they start beating him… The opening paragraph of I’m Not You is repeated, word for word. Is that giving too much away? Well, hardly anyone is going to read it for another one hundred years anyway. 978-1-894842-24-2

Ernest Hekkanen’s intimidating versatility and productivity have increasingly defied easy categorization and marketing. Although Hekkanen is clearly one of British Columbia’s most remarkable writers, his work is seldom recognized in mainstream publications and Canada’s literary festivals have consistently overlooked him. His work frequently points to dark but universal recesses of the mind. As a sophisticated do-it-yourselfer, Hekkanen has rivalled Adolf Hungry Wolf as British Columbia’s most prolific and serious self-publisher.

Born in Seattle on April 27, 1947, of Finnish heritage, Ernest Hekkanen was dropped off on Main Street in Vancouver by a friend after deciding to move to Canada as a draft evader in 1969. “I wasn’t of the Quaker faith or any other religious tradition opposed to the war,” he has written. “I simply objected to the Vietnam War, and the atrocities being perpetrated on our behalf.” With his first wife and children he lived in Port Moody, working at job he hated in die-casting foundry, often writing on an old Underwood typewriter between three and seven in the morning before going to work. After eleven years in his adopted country, he applied for Canadian citizenship, partly out of pragmatism because he hoped he might be able to gain access to some fellowships or bursaries that would enable him to obtain an MFA in creative writing. He lived in Vancouver as an independent contractor/carpenter and gradually shed an early affiliation as a writer with magic realism. Hekkanen’s early fabulist fiction was compared to that of Isaac Bashevis Singer and Samuel Beckett after the publication of Medieval Hour in the Author’s Mind in 1987. With Gothic overtones, his second collection of stories revealed the angst of contemporary domestic lives.

In the 1990s, Hekkanen turned his hand to self-publishing under his New Orphic imprint. The press also prints books by other writers and manages the New Orphic Review, a literary journal that publishes twice a year without any government support. New Orphic covers sometimes feature artwork and collages by Hekkanen or his new partner Margrith Schraner, who co-authored Black Snow: An Imaginative Memoir. By the fall of 2003, there were 12 issues of the periodical. Before moving to Nelson, Hekkanen was also active in a short-lived Vancouver chapter of PEN International. Upon relocating to Nelson in the Kootenays, Hekkanen and Schraner began co-curating their home-based New Orphic Gallery.