Historic DNA case gets its due 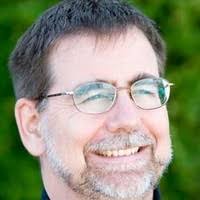 The Bulldog and the Helix by Shayne Morrow will be launched at a free event in Port Alberni on Thursday, May 23, 7:00 pm, at the Echo Centre. For information contact the Alberni Valley Museum at 250-720-2863.

During his fifteen years as a reporter for the Alberni Valley Times, Shayne Morrow was in Port Alberni in 1966 when the lifeless body of eleven-year-old Jessica States was found in the woods, beaten, after she had somehow disappeared while chasing foul balls at a local fast-pitch game.

Nineteen years earlier, twelve-year-old Carolyn Lee had been abducted and murdered in Port Alberni while walking home from her dance class. Lee’s murderer was not found. While covering the States case, Morrow had close access to investigators and scientists who also took a renewed interest in the Lee case, partly due to emerging DNA technology. Were the two murders linked?

As Morrow reveals in The Bulldog and the Helix: DNA and the Pursuit of Criminal Justice in a Frontier Town (Heritage $22.95), the original suspect Gurmit Singh Dillon was convicted of the murder of Carolyn Lee in 1998; then Roderick Patten was arrested a year later for the murder of Jessica States. Lee’s case was the first in Canada to go to trial based on historic DNA samples, leading to Dhillon’s conviction.

According to publicity materials: “Both cases highlight the efforts of Corporal Dan Smith of the RCMP’s General Investigation Section in Port Alberni, who over several years immersed himself in the infant field of forensic DNA while waiting for the technology, and the legal framework, that would enable the processing of samples gathered from the two crime scenes and allow their admissibility in court.

“The work of Smith and of scientists and investigators at the E Division Serious Crimes Unit in Vancouver was documented in a 1999 episode of the CBC television series Witness, called “The Gene Squad.

“The Lee and States investigations were aided by the passage in 1995 of Bill C-104, the DNA Warrant Law, and of Bill C-3, the DNA Identification Act, in 1998, which set terms for the storage and preservation of DNA and laid the ground for the creation of Canada’s National DNA Data Bank.”