The third-most spoken language in Canada is Punjabi. 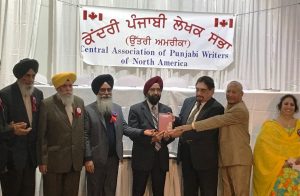 Now South Asian literature is on the rise throughout Canada, particularly in British Columbia as evidenced by Rajwant Chilana’s 500-page directory. In March 2012, Chilana’s company called India Bookworld—-with no affiliation to B.C. BookWorld, founded in 1987—-launched its publishing program in B.C. under the name of Asian Publications and published Punjabi Names & Their Meanings.