Punjabi, Hindi, Urdu lit get its due 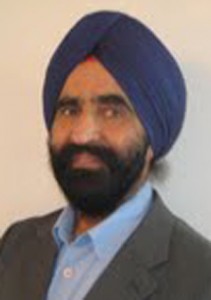 The third-most spoken language in Canada is Punjabi.  Now South Asian literature is on the rise throughout Canada, particularly in British Columbia as evidenced by Rajwant Chilana’s 500-page directory. “Dr. Rajwant Singh Chilana is an Associate Professor (Emeritus) of the University of Illinois, Urbana-Champaign, USA. He holds MSc (Zoology), MLS, and PhD degrees, and earlier served as Librarian at the University of British Columbia, Vancouver, Canada, and University of Delhi, India as well as Library Manager at the Fraser Valley Regional Library, British Columbia, Canada. In 2005 he was presented with the Best Librarian award by SATKAL Trust (Chicago) for his outstanding contributions in promoting librarianship in India, Canada and United States.

“In 2004, Dr. Chilana also received fellowship by the Society for the Information Science (India) for his significant contribution to librarianship. He has published seven books and over thirty five research papers, and twenty book reviews. His famous book ‘Dictionary of Sikh Names’ was widely acclaimed and has been reprinted many times. Dr. Chilana is actively involved in various professional organizations, and has been Chair of the Asian, African and the Middle Eastern Section (AAMES), and Executive member of the International Relations Committee of the American Library Association.”

In March 2012, Chilana’s company called India Bookworld—-with no affiliation to 27-year-old B.C. BookWorld—-launched its publishing program in B.C. under the name of Asian Publications and published Punjabi Names & Their Meanings.