The most famous B.C. Hall of Famers, Frank and Lester Patrick, did not volunteer, nor were they conscripted. 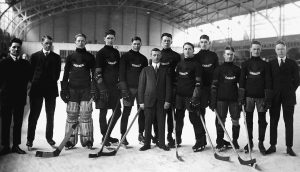 From Rinks to Regiments combines early 20th century pro hockey with an interest in the Canadian experience of the war years, resulting in 32 biographies of real substance according to reviewer Wayne Norton.

From Rinks to Regiments: Hockey Hall-of-Famers and the Great War
by Alan Livingstone MacLeod 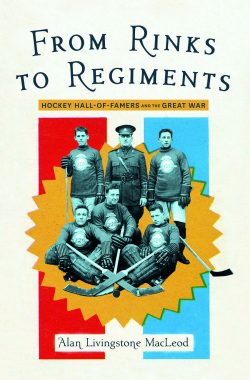 In describing the stellar hockey careers of the men who are the subject matter of his new book, Alan Livingstone MacLeod somehow manages to give the impression that he knew them all personally and attended their every game. Impossible, of course, but an element of personal involvement seems to enliven every page of From Rinks to Regiments: Hockey Hall of Famers and the Great War. MacLeod describes his boyhood fascination with the game of hockey, recalls how he persuaded customers on his paper route to buy Shirriff’s desserts so he could collect the company’s free “hockey coins,” and explains that his collection of Topps bubble gum cards first made him aware of the history of the game in Canada.

In the preface, MacLeod dedicates From Rinks to Regiments to all hockey-loving kids of the year 1960 — which means this book was written for me! Unlike MacLeod’s, my paper delivery days coincided with the acquisition of only a few such treasures, none of which survived. MacLeod’s collection has survived, and it provided the inspiration for a book connecting members of the Hockey Hall of Fame to their military experiences during the First World War. 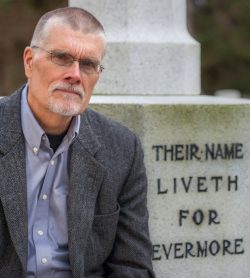 From Rinks to Regiments: Hockey Hall-of-Famers and the Great War combines a fascination with the early years of professional hockey with an interest in the Canadian experience of the war years, resulting in 32 biographies of real substance. In a sense, the biographies are themselves extended collector cards — no longer constrained by size and expectations to offer little beyond a photograph, basic statistics, and team affiliations. By the same token, the military details are not limited to information gleaned only from attestation papers. For each player/soldier, such basic information is certainly provided, but personal details are carefully woven into the fabric of the narratives wherever possible.

A few of those in MacLeod’s pantheon will be familiar even to readers not particularly aware of hockey history. Conn Smythe — responsible for the grammatical atrocity that left us with “leafs” as a plural — is one of them; Mervyn “Red” Dutton, who nearly lost a leg to a war wound and then played for a decade in the NHL, is another. The prodigious goal-scorer Frank McGee of the famous Silver Seven disguised the fact that he was blind in one eye to join the Canadian Expeditionary Force. He was seriously wounded in 1915, recovered, and was then killed at the Battle of the Somme in 1916. His name is found on the Vimy Memorial. 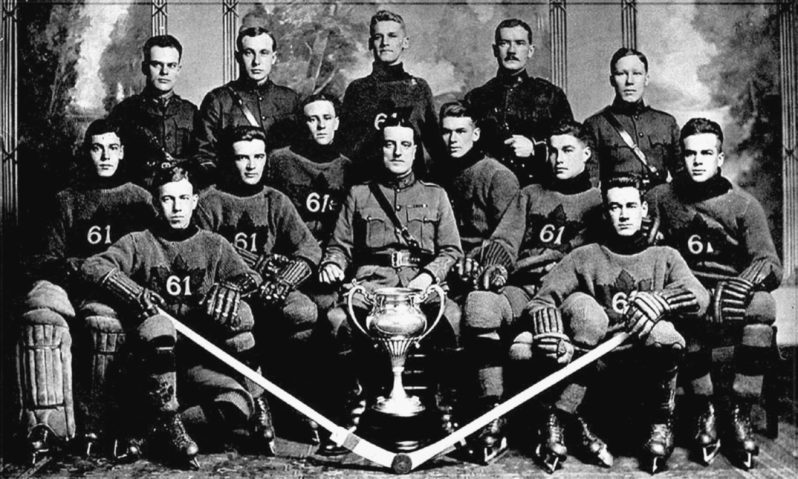 Frank Fredrickson started with the Winnipeg Falcons and Victoria Cougars. and served in the 223rd Battalion Royal Flying Corps and RAF, 1916–19

There are just a few names known to those who focus upon players of the Pacific Coast Hockey Association. There is Frank Foyston, who was on the Stanley Cup winning Seattle Metropolitans in 1917, and then joined Frank Frederickson to win the Cup with the Victoria Cougars in 1925; also here are Dick Irvin and George Hay of the Portland Rosebuds. Fredrickson and Hay signed on for the Canadian Expeditionary Force; Foyston and Irvin were conscripted in 1918.

Interestingly, the most famous of the West Coast Hall of Famers did not volunteer, nor were they conscripted. Frank and Lester Patrick were among the two dozen Hockey Hall-of-Famers who could have enlisted, but did not. Perhaps the requisitioning of their arenas at New Westminster and Victoria for military purposes early in the war was regarded as contribution enough.

Taken together, the men included here are part of the elite of hockey history. Seen as a group, their military experience is not at all exceptional. Some enlisted eagerly, some reluctantly. Volunteers of social status were given commissions, working men necessarily became privates. Some were recognised for heroic actions; most were not. Some were killed in action, some were seriously wounded physically; probably all were wounded psychologically. In other words, their experience is a fair reflection of the collective experience of the more than 600,000 Canadians who were swept into the vortex known as the Great War.

MacLeod also provides a lively history of the evolution of ice hockey and the several leagues that led to the formation of the National Hockey League and its appropriation of the Stanley Cup. At the same time, he makes no attempt to sanitise the horrors of the Western Front and often manages to refer to unexpected details, such as specifics of “And the Band Played Waltzing Matilda,” written by Eric Bogle in 1971. The diverse subject matter in the hands of a less capable writer could easily have resulted in a choppy, unsatisfying narrative. Yet here the result is a pleasure to read.

Reasonably priced and attractively produced, From Rinks to Regiments is a book for anyone just developing an interest in the historical game, for those already familiar with Canada’s hockey history, for those interested in making the connections to the Great War, and for any hockey-loving kid of the year 1960 … or any other year. 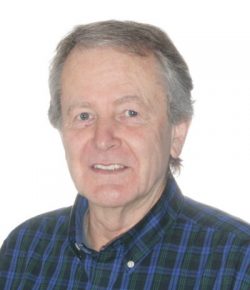 Wayne Norton is a writer, publisher, and historical consultant. For many years he was a teacher in Fort Rupert, Kamloops, and England. He has written extensively on a variety of topics including music of the First World War, the history of women’s ice hockey, prairie settlement, public health, and the local histories of Kamloops and Fernie. He was a research consultant for the Indian Residential School Process and has published articles in The Ormsby Review, British Columbia History, BC Studies, The Globe and Mail, and The Vancouver Sun. Wayne Norton’s latest book, Fernie at War (Caitlin Press, 2017), received the Community History award from the BC Historical Federation. Wayne lives in Victoria. 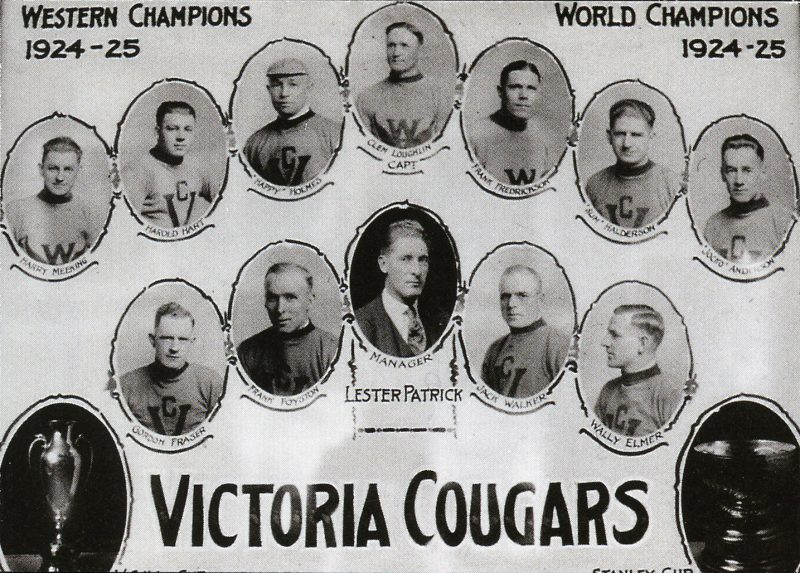