Granny and her grow ‘op 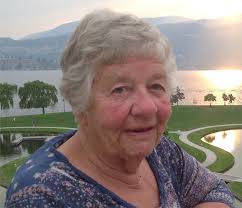 In Jennifer Craig’s third book Gone to Pot (Second Storey $19.95) Jess, a feisty Nelson-based Grandmother, faces near calamity. On the same day, she loses her job and almost loses her house. As an older woman, Jess finds her employment options are limited. Drastic measures are called for and she turns to growing marijuana in her basement. The new people she meets and the reactions of her old friends are a revelation. Craig’s first published work, a semi-autobiographical novel about trainee nurses in Leeds during the 1950s, Yes Sister, No Sister: My Life as a Trainee Nurse in 1950s Yorkshire, was first published in the UK in 2002. It made the London Times bestseller list and has reputedly sold in excess of 100,000 copies. She lives in Nelson, British Columbia with a dog and a cat. 978-1-77260-034-6