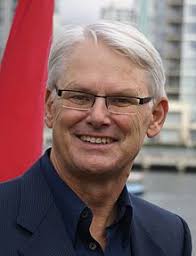 Two University of Northern British Columbia professors have teamed up to produce a collection of essays that assess the impact of Gordon Campbell’s decade-long premiership of the province. Tracy Summerville, associate professor of political science and Jason R. Lacharite, assistant professor of political science, co-edited The Campbell Revolution? Power, Politics, and Policy in British Columbia (McGill-Queen’s 2017).

Did Campbell revolutionize B.C. politics? Or did he merely ride a wave of change that had begun years before him? The collection puts the spotlight on Campbell, illustrating how he was both a successful political operator and a polarizing, unpopular figure; a shrewd party manager and an ideologue. The book begins with Campbell’s early career development before he took on the leadership of the provincial Liberal Party. Then, a series of essays look at the policy options open to Campbell within the neoliberal revolution that swept through Canada in the 1980s and 1990s. He made reforms in social, environmental and economic policies. In particular, the book outlines tax system reform, the arts & culture sector, healthcare and urban development during the 2010 Winter Olympics under Campbell’s guidance. The essays also scrutinize Campbell’s governance style, as well as the BC Liberal Party’s ideological underpinnings. 978-0773551039